The ESP has two options for checking and building an EEZ project as shown on Fig. 1. and Fig. 2. 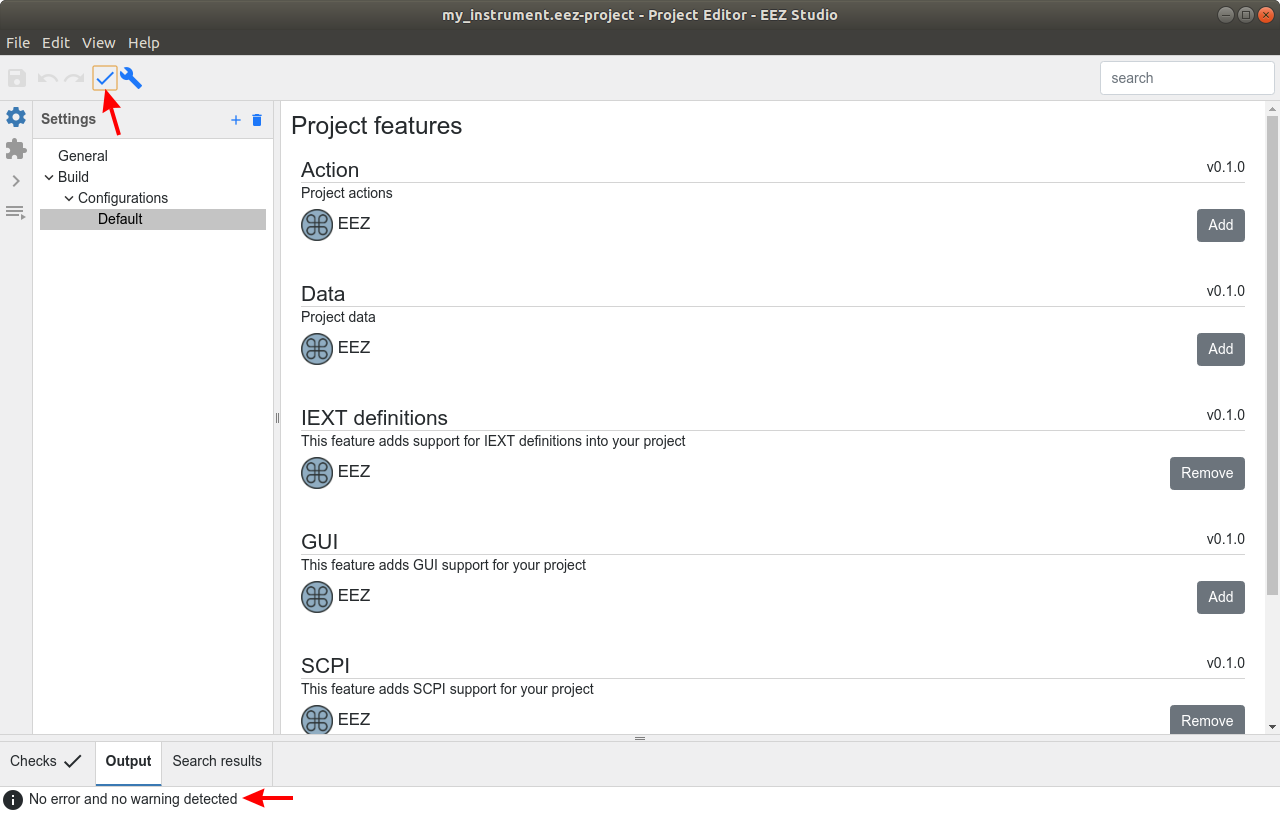 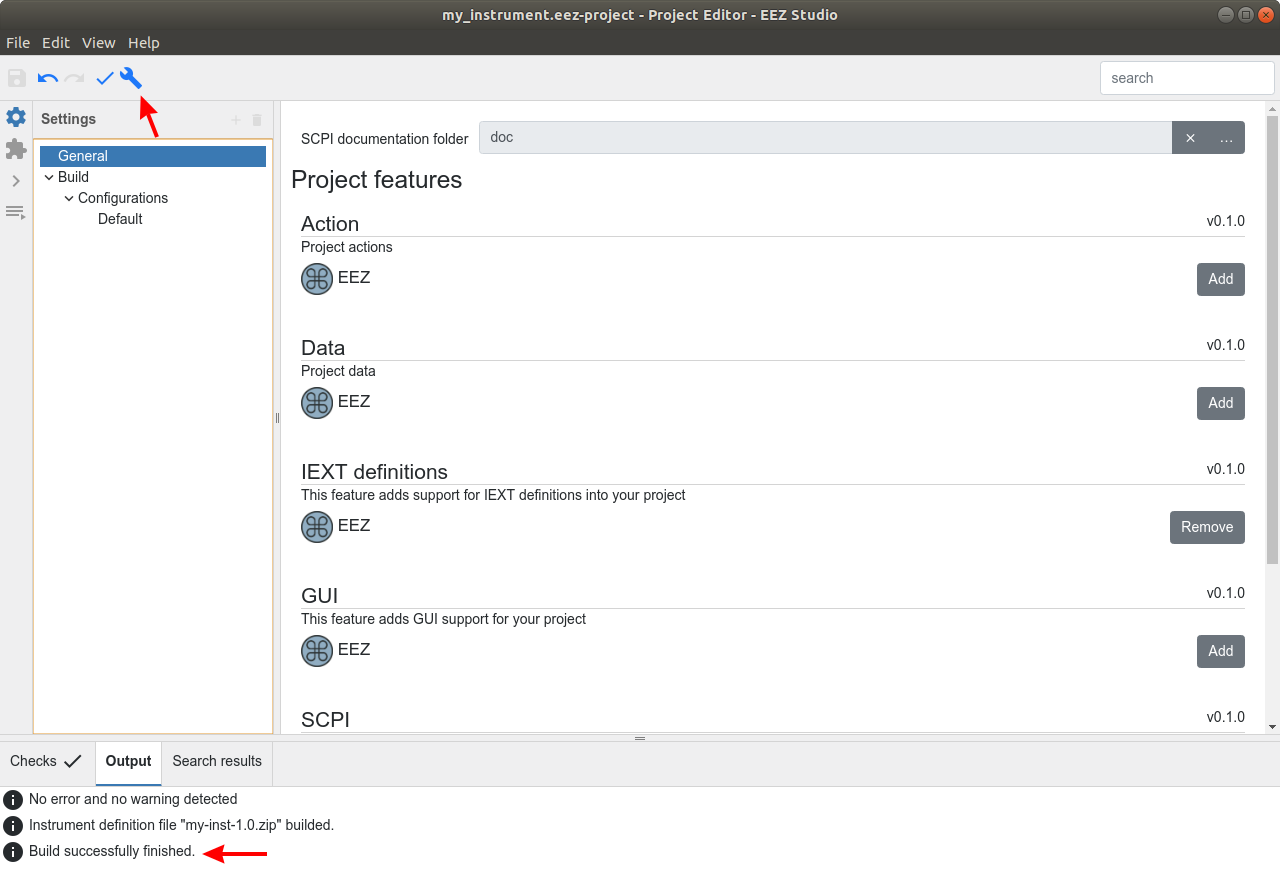 Build option will generate IEXP zip file in the same folder where project is located (Fig. 3.) and its suffix will include IDF revision number as described in Extension definitions section.

Newly created IEXT can be immediately used in ESW module by installing it with selecting the Import Instrument Definition… option (Fig. 4.) and Import as Workbench extension (Fig. 5). 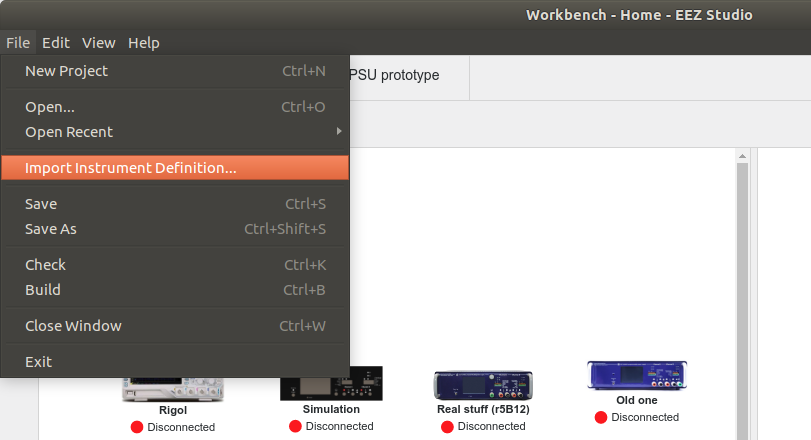 The IEXT can be also made publicly available that other can use it with EEZ Studio. Other benefits in that case are better version control, network storage (i.e. GitHub repository) and easier installation when the ESW’s Extension Manager Update catalog option can be used as described in Introduction.

The GitHub’s pull request mechanism is used to make an IEXT publicly available by including it into the catalog of IEXT’s that makes it accessible by the Extension Manager. A pull request for adding a new instrument extension (IEXT) should modify only ./extensions-list.txt (see IEXT repository section). The new IEXT could be hosted:

IMPORTANT: Please insure that your pull request include IEXT’s .zip file with version suffix that is higher then the latest listed in IEXT catalog (i.e. the GitHub repository). Do not increase .zip version suffix manually, define it in project file that Build procedure can add it automatically (see Extension definitions section).

All locally hosted IEXT should be placed into /org/<manufacturer>/<instrument_folder>. The pull request has to be approved by EEZ team, and only files into newly added folder will be checked. The IEXT is also subject for a comprehensive inspection to ensure that it does not contain malicious code.