The EEZ Studio use Instrument Extensions (IEXTs) to make communication and control of various SCPI enabled instruments easier and efficient. Its installation packages includes IEXT for few instruments including Generic SCPI that could be useful for basic operation such as testing connection using one of the currently supported communication channel and sending basic commands and queries (e.g. *IDN?).

This instruction guide describes all required steps needed to create a new IEXT and how to make it publicly available for other EEZ Studio users.

Please note that an IEXT project require the EEZ Studio version 0.9.3 (aka M3 HF2) or newer. 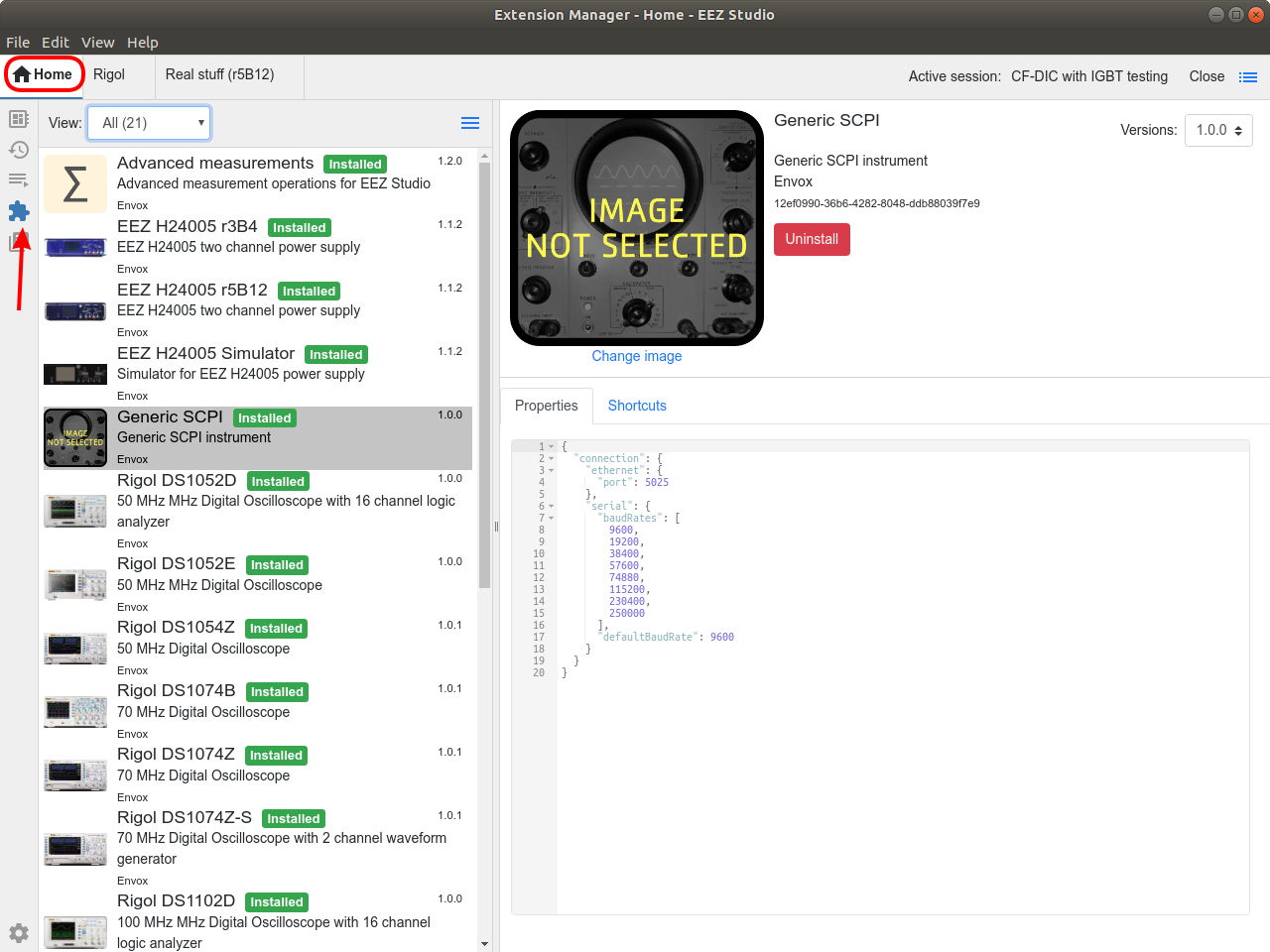 The IEXT manager is working with IEXTs that can be sourced from the GitHub’s repository where list of approved IEXT can be found. Additionally, it also support IEXTs that one can build locally and import using the ESW’s File … Import instrument definition option that can used to add EEZ Studio IEXT. The same option is used for direct import of the Keysight’ Offline Command Expert Command set files.

The ESW is accessing IEXT repository on each start up or every time when Update catalog option is selected (Fig. 2). If neither no new version of existing IEXT or new IEXT is detected, a message as shown on Fig. 3 is displayed.

An IEXT include the following items as shown on Fig. 4 and Fig. 5: 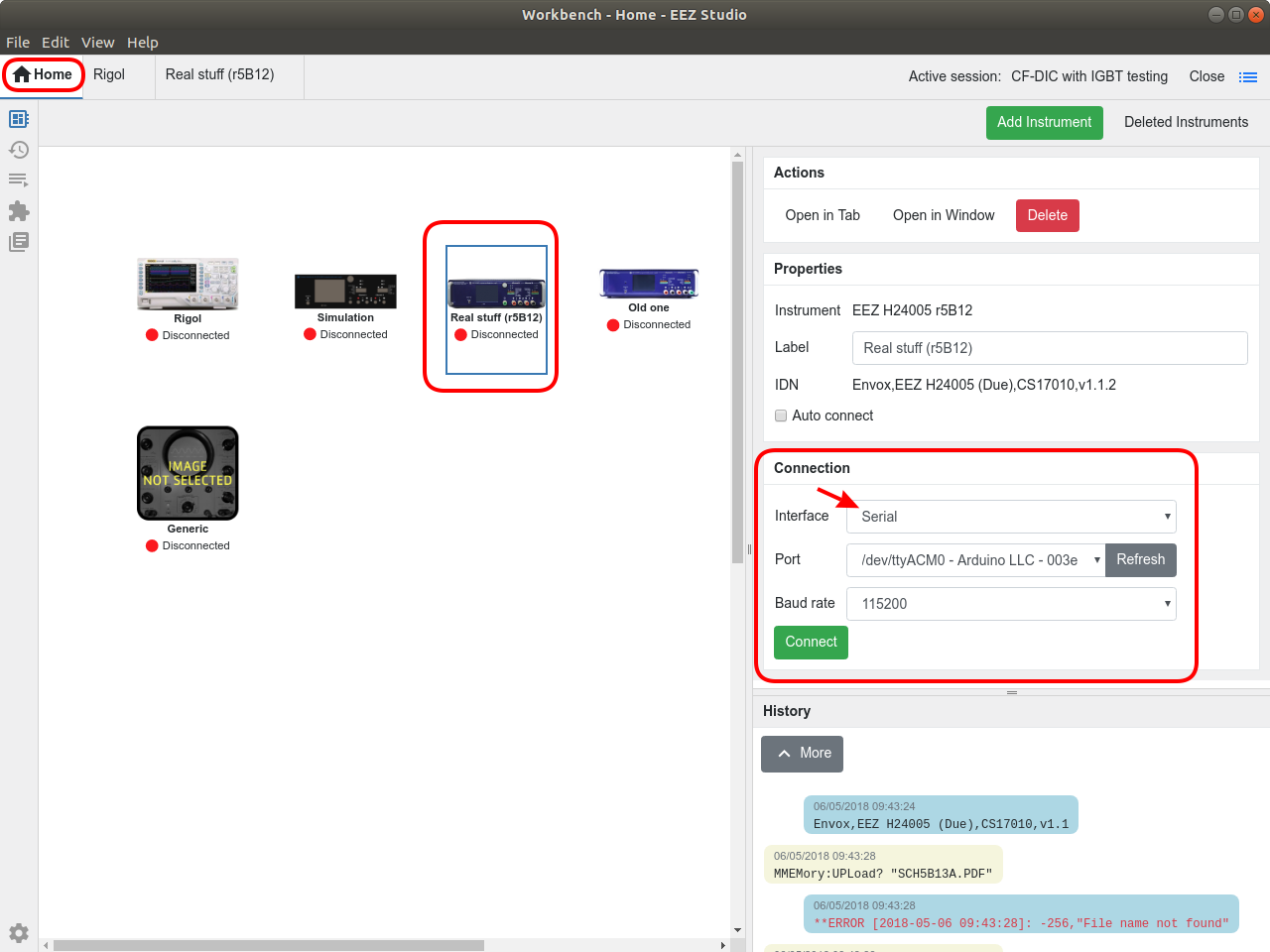 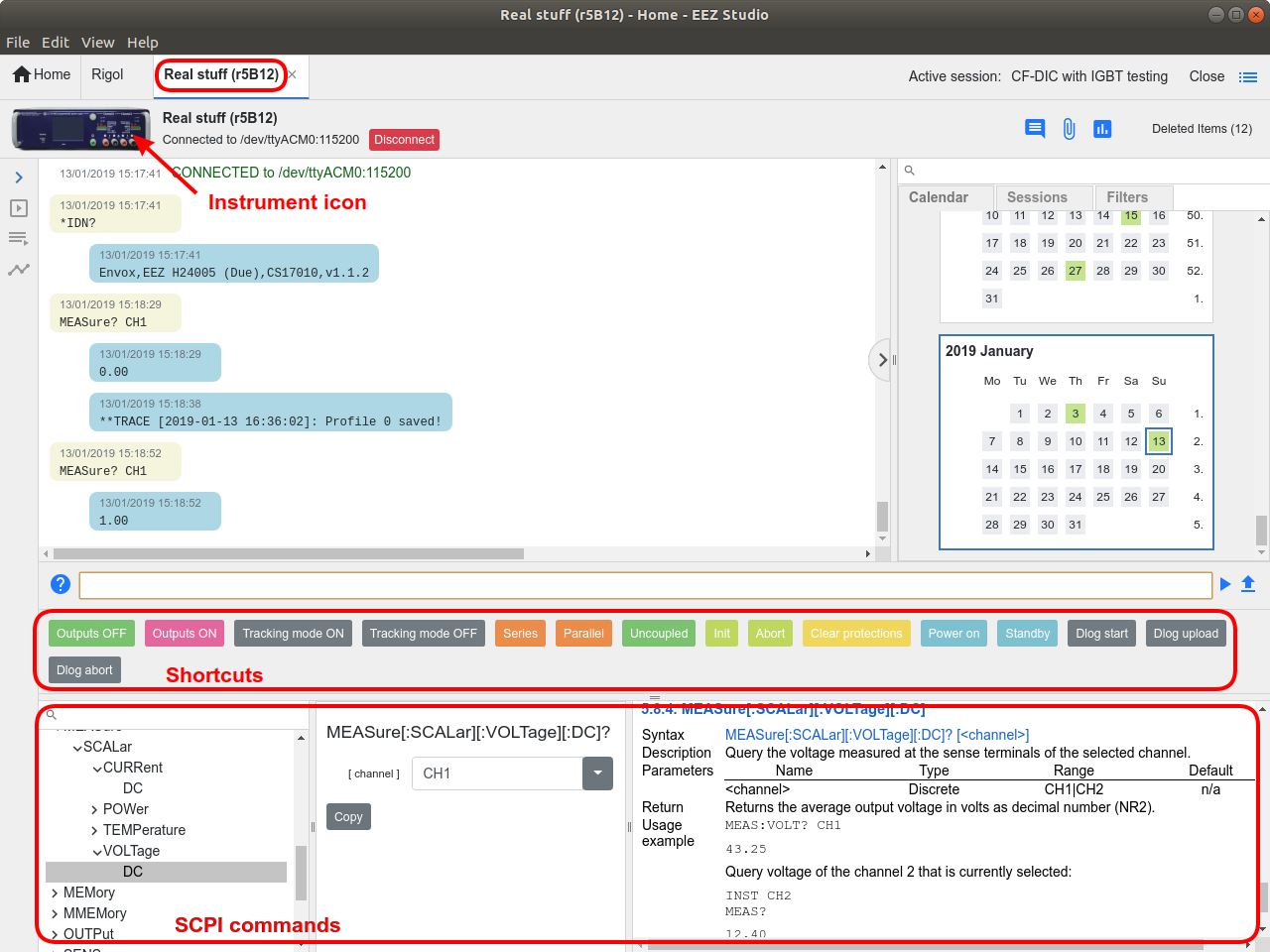 Once installed, the list of shortcuts that comes with IEXT can be expanded with additional user defined shortcuts. The shortcuts can be comprised of various SCPI commands and queries or, if defined as a script, it could contain also JavaScript code. The list of scripts that could be assigned to a shortcut is available under Scripts tab (Fig. 6). 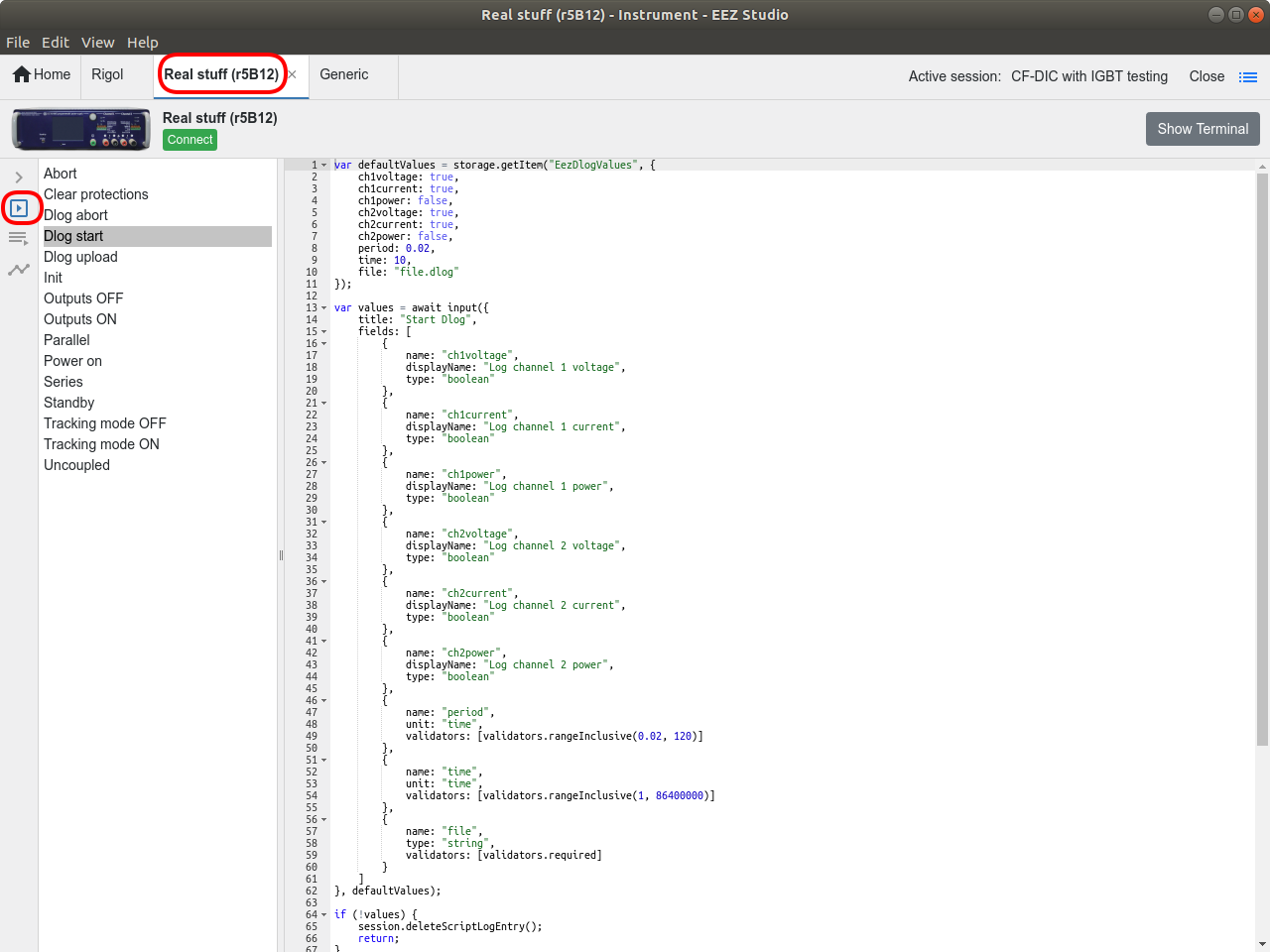 An IEXT for new instrument or group of instruments could be developed in few steps, starting with minimal set of included items that can be enriched over the time to cover more thoroughly various instrument functionality that makes communication simpler and more efficient.

For example, it’s possible to start with adding only basic SCPI commands (i.e. from common set of IEEE488 commands such as *IDN?, *TST? or similar as provided in Generic SCPI IEXT). In next step/version it’s possible to add instrument image/thumbnail for easier identification, a number of defined SCPI commands could be expanded, then few simple shortcuts can be added. Finally, it is possible to enrich it with various script that can accomplish rather complex task that could save time considerably, and minimize chance of programming mistakes that could ends up with unexpected results.