A newly created EEZ project contains only the basic items in the Settings tab as shown on Fig. 1. organized into General and Build sections. 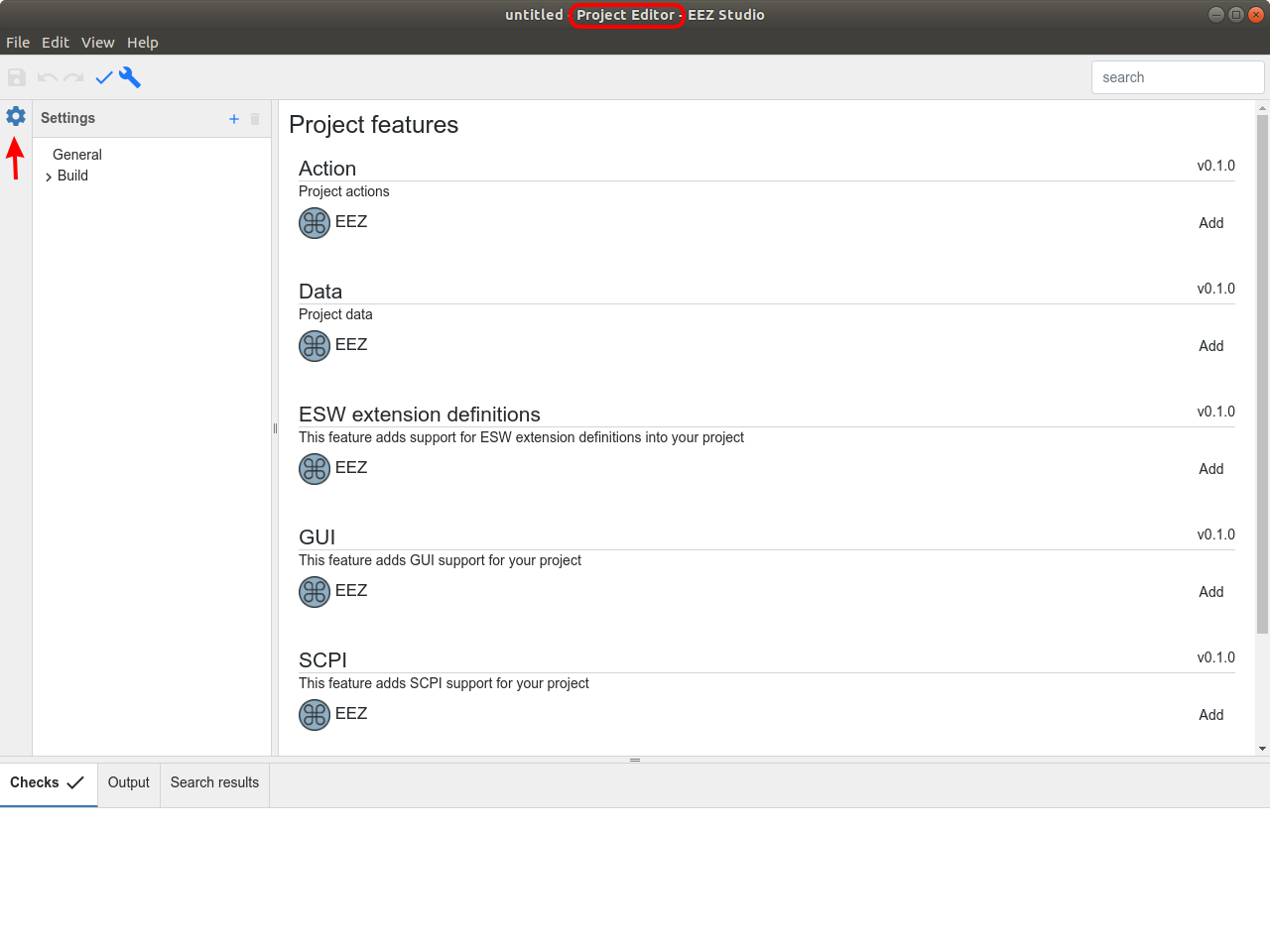 The General sections is used to define SCPI documentation folder path that will be using during SCPI help HTML files import and update. Please be sure that newly created project is saved first, before this option is used. The recommended path to the SCPI help HTML files is doc subfolder in the folder where project file has been saved.

Additionally, we can found here all ESP’s currently available Project features. For making an IEXT the following three items has to be added:

Each of the above mentioned items will add its own tab that follows the Settings tab icon as shown on the Fig. 2. 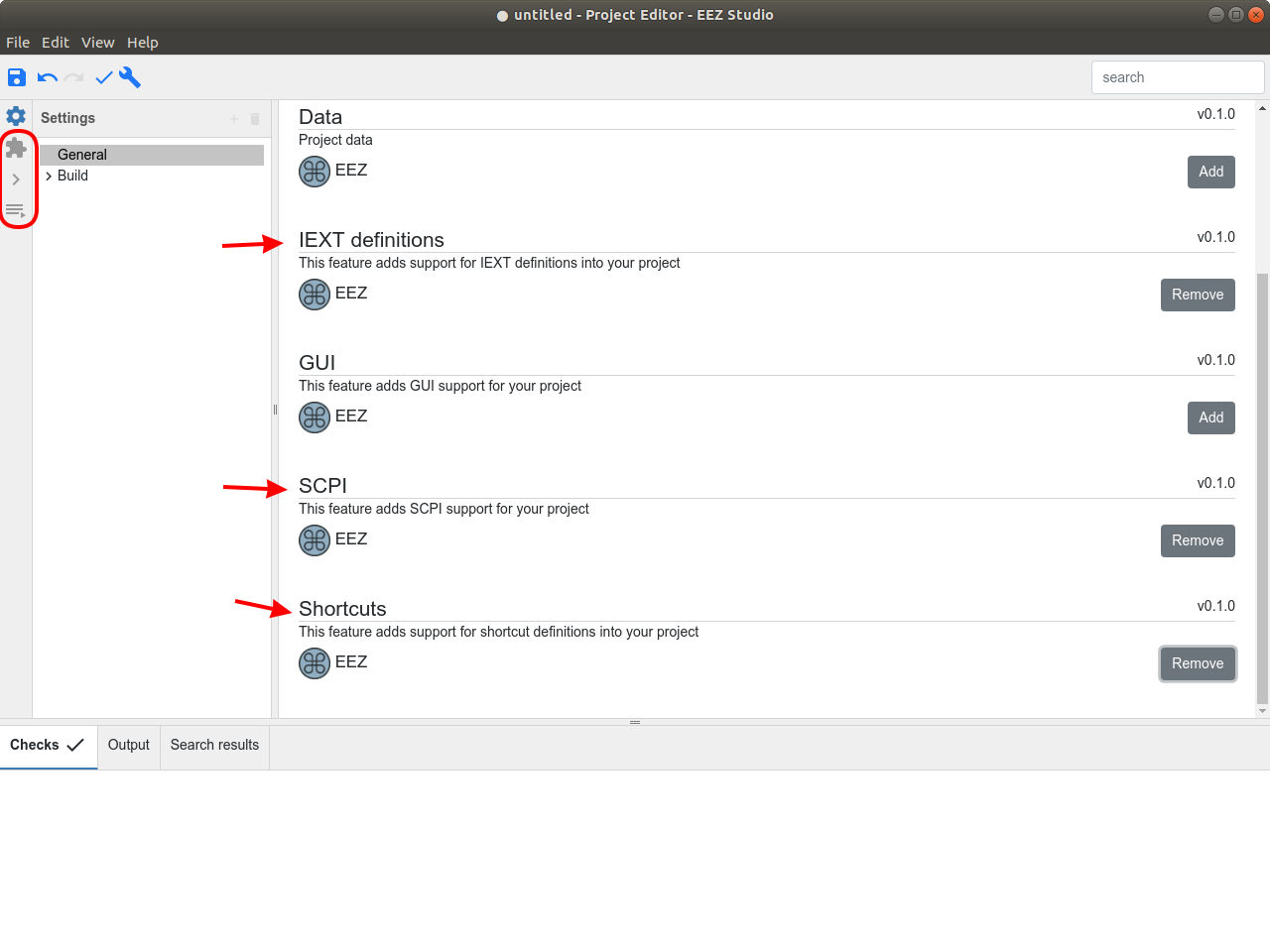 The Build section contains Destination folder path where IEXTs will be created. The project file folder is defined by default (hence single dot) as shown on Fig. 3.

The Build sections also contains Configurations and Files subsections while Files is still not used for building an IEXT. Configurations sections for a newly created project include only Default configuration which can be renamed is necessary. The Configurations is used to define parameters that is shared between more instruments within the same family, for example, the rigol_ds_mso_1000 IEXT includes four configurations as shown on Fig. 4. 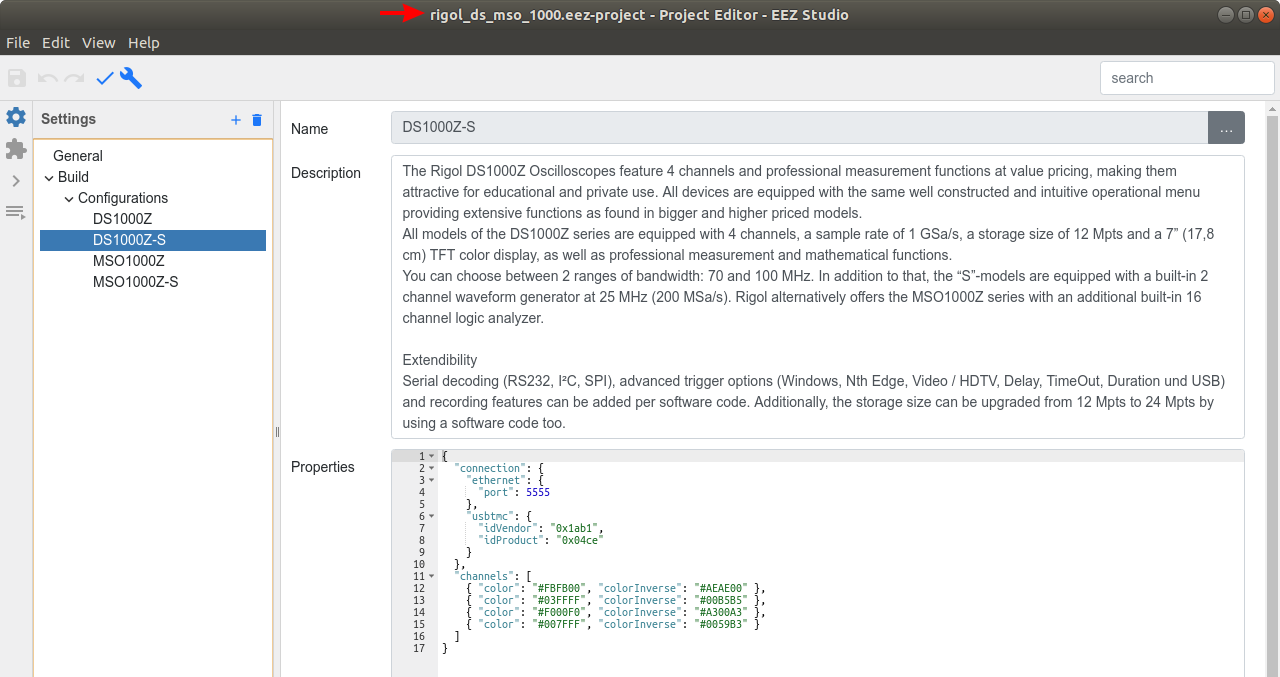 The Configuration items are as follows:

There is no limitation in number of Build Configurations, and at least one has to be defined. Configuration adding and removing can be accomplished using options shown on the Fig. 5.