The development of EEZ Flow has reached new important milestone. Milestone 3 now allows execution the flow directly on the BB3 as the first target platform with STM32 MCU. Thanks to that BB3 users have a new way to automate the tasks but also to completely customize the default GUI on its touchscreen display without the need to write a single line of code.

This represents a new step in the evolution of the BB3 T&M chassis and makes it currently unique because in addition to standard control methods such as SCPI commands and the execution of scripts (MicroPython) allows one to directly execute flowchart like application and customize GUI look and feel.

This functionality is part of the EEZ Studio v0.9.85 pre-release and can be currently tested with the BB3 Firmware Simulator application that need to be compiled for target operating system (Web version of the simulator is not yet supported). To execute directly to the BB3 device, a new firmware version (v1.8 pre-alpha) is required that can be compiled using the latest GitHub version or get form us on request.

As part of this Milestone, the first example of the flow is published (DC Power.app), which replaces the default GUI with a new one which has just two gauges to display of output voltage and current, as well as input fields to set them on the selected power channel. 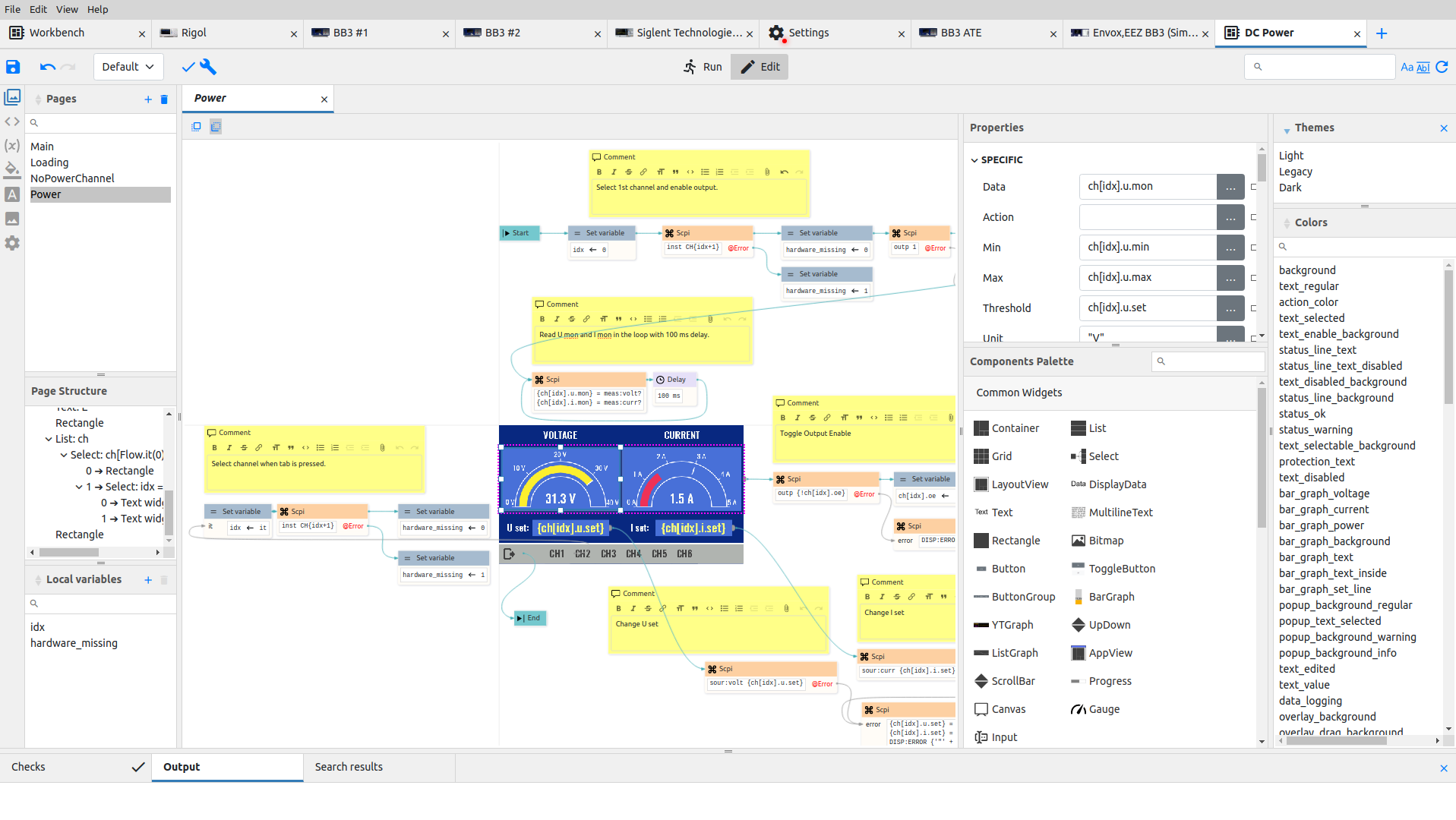 Fig. 2: Flow example launched on the firmware simulator for Linux 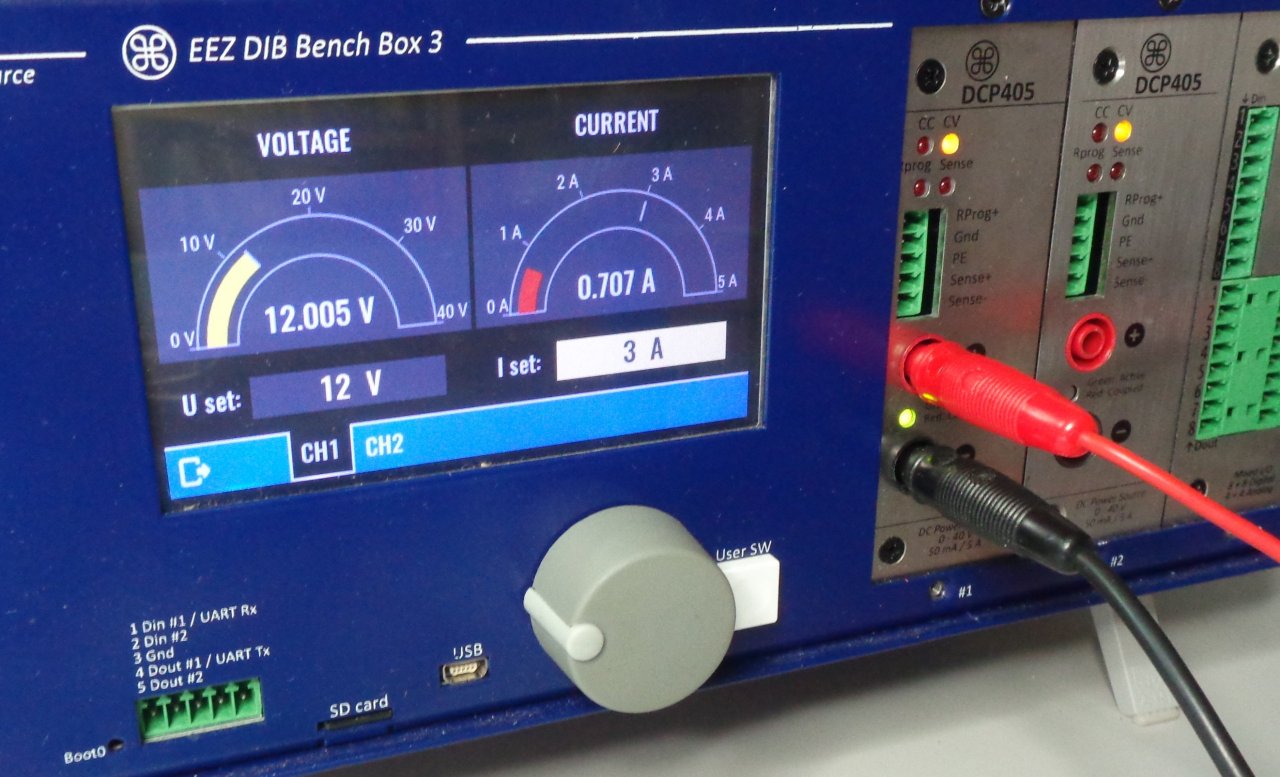 Direct execution of flow on BB3 can simplify the use of BB3 itself in such a way that only parameters are displayed that are relevant to a particular case. For example, in school classrooms for each laboratory exercise, it is possible to prepare a unique GUI and the corresponding flow and thus limits the use of other functionality and modules that are not required for that exercise.

When used as ATE, the testers can prepare a variety of flows to test different devices or different scenarios for the same device, which can reduce human error and speed up learning of new test procedures.

Additionally, in scenarios where the testing does not require collecting and sending data to a PC, BB3 with a customized test scenario as defined with a flow can be completely autonomous, and the selected flow will be activated immediately at the start.

EEZ Flow Development continues thanks to NLnet as the main sponsor. Flow debugger will be added in the upcoming milestones that will further easier to create and debug flows. The user manual as well as a number of examples that will simplify and accelerate learning of EEZ flow are also coming.