October 23, 2022  |  Envox
Estimated reading time: 3 minutes   We are pleased to announce the completion of an additional milestone made possible by NLnet as part of the additional financing of the second phase of the development of EEZ Studio. Milestone 12 (pre-release version 0.9.96) now brings the possibility of creating a project

September 27, 2022  |  Envox
Estimated reading time: 2 minutes   The pre-release of EEZ Studio version 0.9.95 (aka Milestone 11) is complete and it represents the last milestone from the second development phase that we were able to realize thanks to NLnet and several individual donors.   The main goal of this milestone was

August 15, 2022  |  Envox
Estimated reading time: 2 minutes   Pre-release EEZ Studio version 0.9.94 (aka Milestone 10) is completed on schedule. Its most important feature is the visualization of changes in the project. In several screenshots below, it is shown how this feature can be activated and how the display of the changes

July 20, 2022  |  Envox
Estimated reading time: 2 minutes   The development of EEZ Studio was started in order to simplify and speed up the development of the EEZ BB3 embedded GUI, but later also to add new applications thanks to the EEZ Flow which made EEZ BB3 unique in terms of programming possibilities.

May 4, 2022  |  Envox
Estimated reading time: 2 minutes   The development of open source low-code EEZ Studio is going according to plan and as of today a pre-release version 0.9.91 (aka Milestone 7) is available. The main goal of this milestone was to add multilingual support for flow that will be able to

April 9, 2022  |  Envox
Estimated reading time: 2 minutes   EEZ Studio v0.9.90 has been released and includes Milestone 6 (M6) as planned for the second phase of funding from the NLnet NGI0 PET fund. The most significant feature of this version is the connection of two EEZ flow engines: embedded (for BB3, and

February 2, 2022  |  Envox
Estimated reading time: 2 minutes     EEZ Studio cross-platform low-code tool for creating embedded GUIs and test scenarios for test & measurement was awarded with a continuation of the donation from NLnet. This will ensure that core functionality is significantly improved and remains open source.   Continuation of development

December 22, 2021  |  Envox
Estimated reading time: 5 minutes The Customer ULX3S FPGA development board is designed and manufactured in Croatia as a result of cooperation between the Radiona.org makerspace, the Faculty of Electrical Engineering and Computing (FER), University of Zagreb and Končar-INEM. The ULX3S board was designed by Radiona’s member Davor Jadrijević in

EEZ BB3 got a visual debugger, the latest EEZ Studio and roadmap

October 22, 2021  |  Envox
Estimated reading time: 4 minutes   EEZ Studio v0.9.87 release represents the final milestone (M5) of the first phase of implementation of EEZ flow technology for visual programming of the T&M solution for which NLnet (NGI0 PET fund) was the main sponsor. This milestone expands the capabilities of the visual

Milestone 4 brings a debugger to the EEZ Studio flow editor

September 26, 2021  |  Envox
EEZ Studio in v0.9.86 pre-release (EEZ Flow Milestone 4) got a debugger, an important step towards a fully featured graphical development environment that we believe can become an attractive alternative to leading visual programming solutions for T&M equipment such as LabVEW and VEE. Some time ago, we added integration for

August 17, 2021  |  Envox
The development of EEZ Flow has reached new important milestone. Milestone 3 now allows execution the flow directly on the BB3 as the first target platform with STM32 MCU. Thanks to that BB3 users have a new way to automate the tasks but also to completely customize the default GUI

July 1, 2021  |  Envox
We are pleased to announce that BB3 firmware version 1.7 has been released. As before, you can find instructions for the firmware upgrade in Chapter 13.   In this version, 42 published issues (fixes and improvements) have been resolved thanks in large part to your feedback and suggestions. We would

June 26, 2021  |  Envox
Welcome to the EEZ Challenge! Here you will need to accomplish a task or answer a question and get a reward for it, which you can use in our Web store.   The first challenge shows how it is possible to remotely control BB3 using the MQTT protocol as in

June 22, 2021  |  Envox
We would like to inform you that we have organized the first challenge which, as its name suggests, allows you to learn something about the possibilities of BB3 and earn a prize.   Over the past few years, so much has been done that makes the BB3 solution attractive 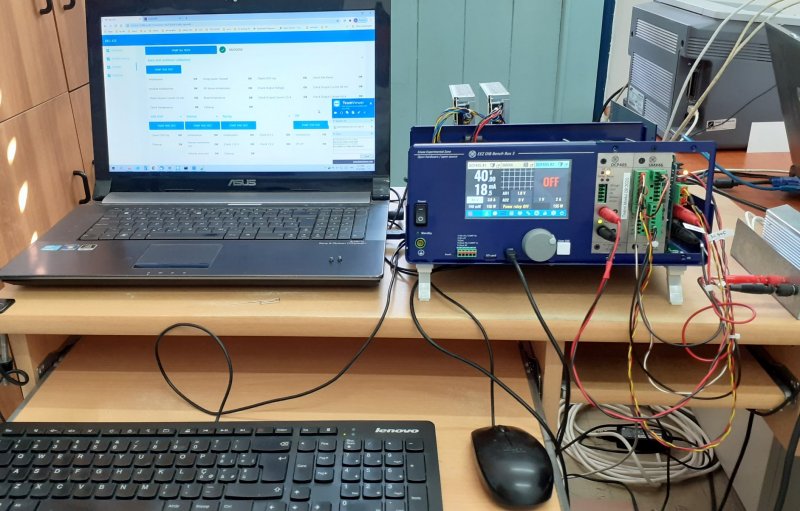 Open and hackable with growing community

Successfully crowdfunded, a nice and growing community has gathered around the EEZ, whose members help further develop an even more attractive product with their ideas and suggestions.
Community
You can meet us at Discord where there is an ongoing discussion with other members and supporters about usage, improvements, issues, etc.
Open source
Schematics, BOMs, mechanical details, code, manuals are on GitHub and are available for servicing, modification and improvement, learning, etc. 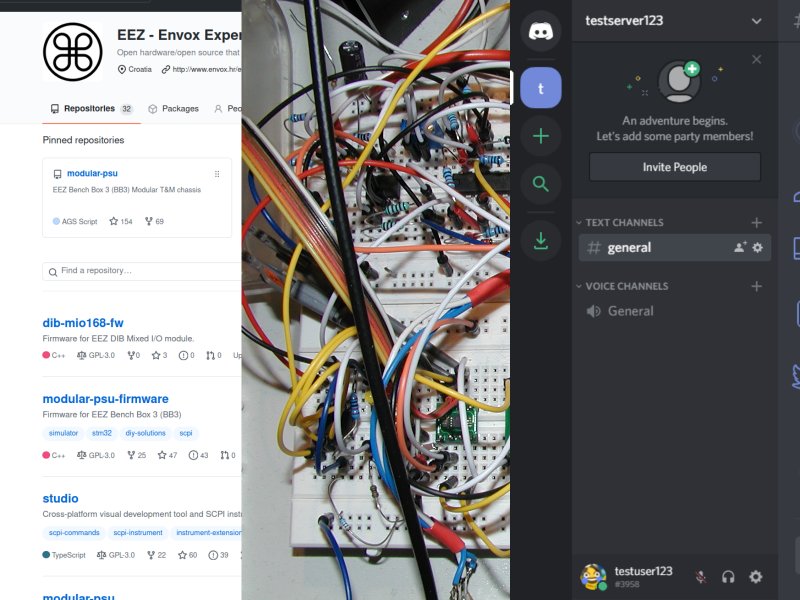 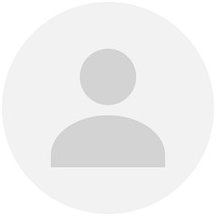 Over the last 50 years I have used numerous different power supplies but this is way ahead of even most of the very latest. I had never even considered some of the features offered but now I am using them I wonder how I ever managed without them. 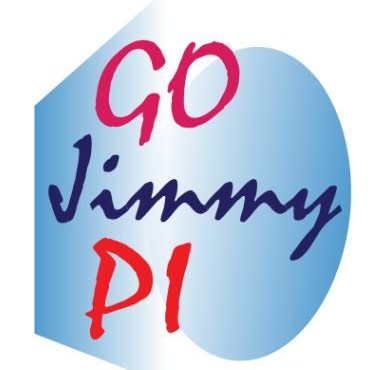 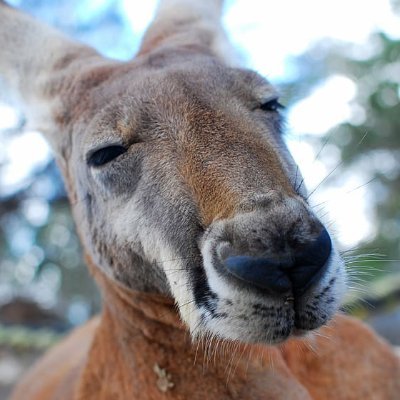 Brilliant hardware/software design with thorough documentation and schematics. It’s clear a lot of love and thought has gone into their products.

This is the second product I have…

This is the second product I have backed with Envox and I couldn’t be happier. 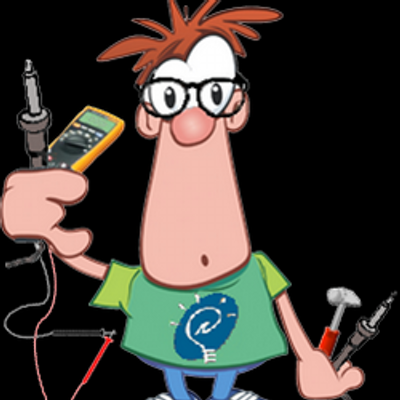 Really enjoying my BB3, in the coming weeks it’s going to be used extensively whilst I test a whole production run of boards

This is really open source at its best. The documentation, support and most importantly capabilities of the device seriously surpass anything I have seen in the commercial world for this price.

Open source hardware at its best

Open source hardware at its best – outperforms closed source solutions, and not only are the schematics shared there’s a site with detailed explanations and discussion about the various elements built into the supplies.

Really excellent products with the best…

Really excellent products with the best development team backing it for continued improvements, feature additions and firmware updates.
A really good test & measurement ecosystem to be a part of.

If you are a power user and care about knowing everything about your product, then get Envox Experimental Zone hardware!
Their products are customizable to the extreme and with a little work can do things hardware 10x more expensive only dreams of doing. 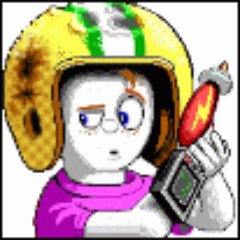 Fantastic products for the open source hardware community. Envox provide excellent product support.
I love my H24005 and BB3 power supplies, and I am looking forward to more great products.

Our sponsors and supporters

NLnet
This project was funded through the NGI0 PET Fund, a fund established by NLnet with financial support from the European Commission's Next Generation Internet programme, under the aegis of DG Communications Networks, Content and Technology under grant agreement No 825310.

Shuttleworth
Envox d.o.o. is Flash Grant recipient thanks to a nomination from Luka Mustafa (IRNAS).

Want to support us?
Liberapay is a way to donate money recurrently to people whose work you appreciate. Open software development and support cost us money and your donation will help us to keep it alive and kicking.