Two main driving forces or ideas behind development of EEZ Studio were completely practical: firstly it’s an attempt to speed up development of embedded GUI for TFT color touch-screen display and secondly, experimenting on daily basis with electronics that include usage of EEZ and other T&M instruments equipped with SCPI requires lots of interaction and generates huge piles of screenshoots (oscillograms) that became a real challenge to manage as project or experimentation went on.

Making embedded GUI that is in the same time functional, flexible (i.e. easily customizable) and foolproof is still an exhaustively complex task. Many commercial embedded GUI solutions exists that promising a lot, but at the end if only one feature is needed that is currently not supported (and without plan to be supported in the foreseeable future) that could jeopardize a whole project. Therefore we decide to follow our own track trying to push to the limit initially selected entry-level display and MCU (i.e. no GPU, FPU, DMA, frame buffer, etc.) and make its embedded GUI tool available as open source as part of the EEZ Studio.

Today, more sophisticated T&M (test and measurement) equipment are widely available, and one of the reason why we can labeled it sophisticated is that they are digital and thanks to that should by default offer simple data collection for further processing and archiving. But, what we experienced from “out of the box” offering wasn’t promising: at the end the most practical (i.e. time and human energy/awareness efficient) was to simply plug memory stick into USB host port and make “screen copy” (stored as bitmap!). Anything beyond that asked for “rocket science” and extra money (for “full featured” software, etc.).

Related to work in the lab, we realized that while experimenting, if collected screenshots are not instantly labeled and at least moved into folder with proper (suggestively enough) name, they easily became outdated and enigmatic. Therefore to make collected measurements usable for further usage more organized approach is needed with features like: taking notes, attaching comments to new collected data, easily accessed (searchable and filtered) history of all previously taken steps, etc.

Keeping in mind what is said previously the EEZ Studio is conceived to bring over the time the following functionality and features (the list is a not final one and will be timely updated): 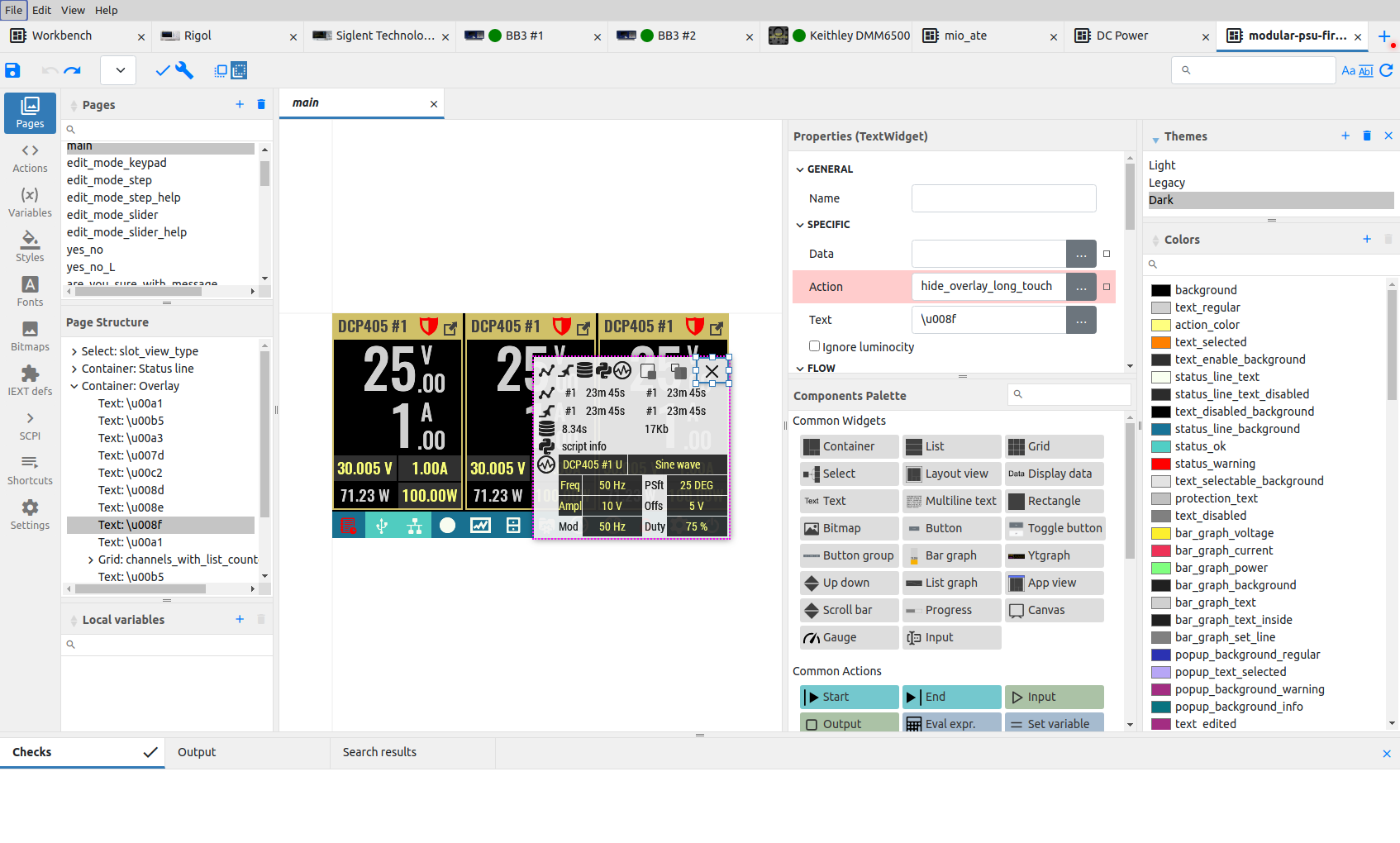 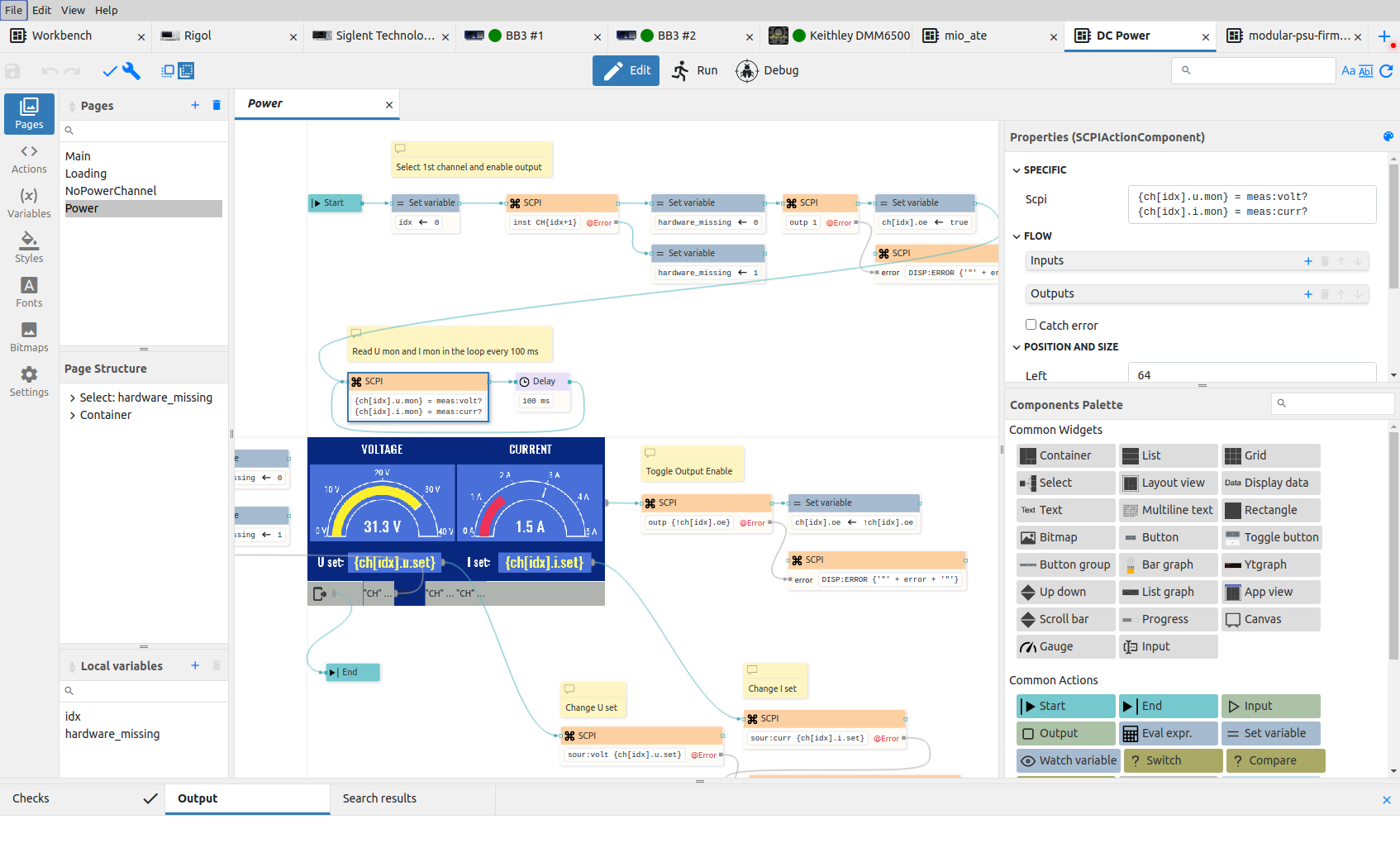 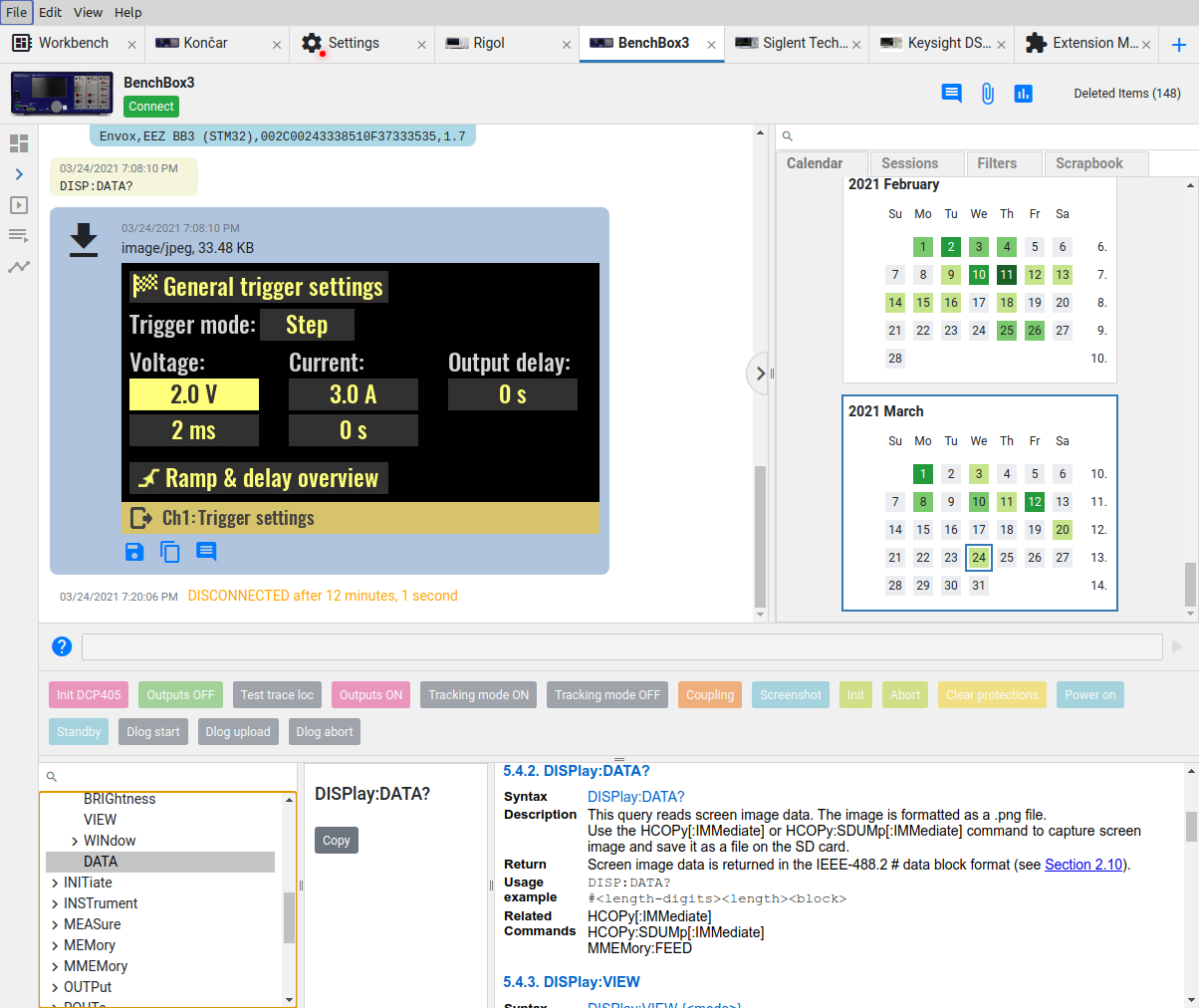 Thanks to the sponsorship of NLnet through the NGI0 PET fund, EEZ Flow functionality has been added, which enables quick and easy creation of flow diagrams using ready-made components. The target for executing the flow chart can be PC or EEZ BB3. This is realized through the following five milestones:

Interpreting the flowchart on a PC allows the creation of a dashboard for remote control of various T&M instruments (including EEZ BB3). The debugger simplifies and speed up the development of flowcharts as it allows step-by-step execution, setting breakpoints, variable watching, etc. Adding a flow chart interpretation on EEZ BB3 will open up entirely new possibilities for quickly creating different test scenarios, automating measurement data collection, and more.