The development of EEZ Studio was started in order to simplify and speed up the development of the EEZ BB3 embedded GUI, but later also to add new applications thanks to the EEZ Flow which made EEZ BB3 unique in terms of programming possibilities.

In the new pre-release version 0.9.93 (aka Milestone 9), the first important step towards the generalization of embedded GUI development was made to allow EEZ Studio to support a large number of different target platforms in the future on top of the already mentioned EEZ BB3.

The affordable STM32F469I-DISCO evaluation board from the popular ST Discovery series, which has color touchscreen displays, was chosen as the first demonstration platform.

Two new repositories have been added for the STM32F469I-DISCO as a target platform: eez-flow-template-stm32f469i-disco and stm32f469i-disco-eez-flow-demo.

The first project is a template configured to display the "Hello world" message on the screen. The second project includes some more widgets and simple animations to give a better idea of the possibilities.

Access to project templates is offered when creating a new project (Fig. 2). 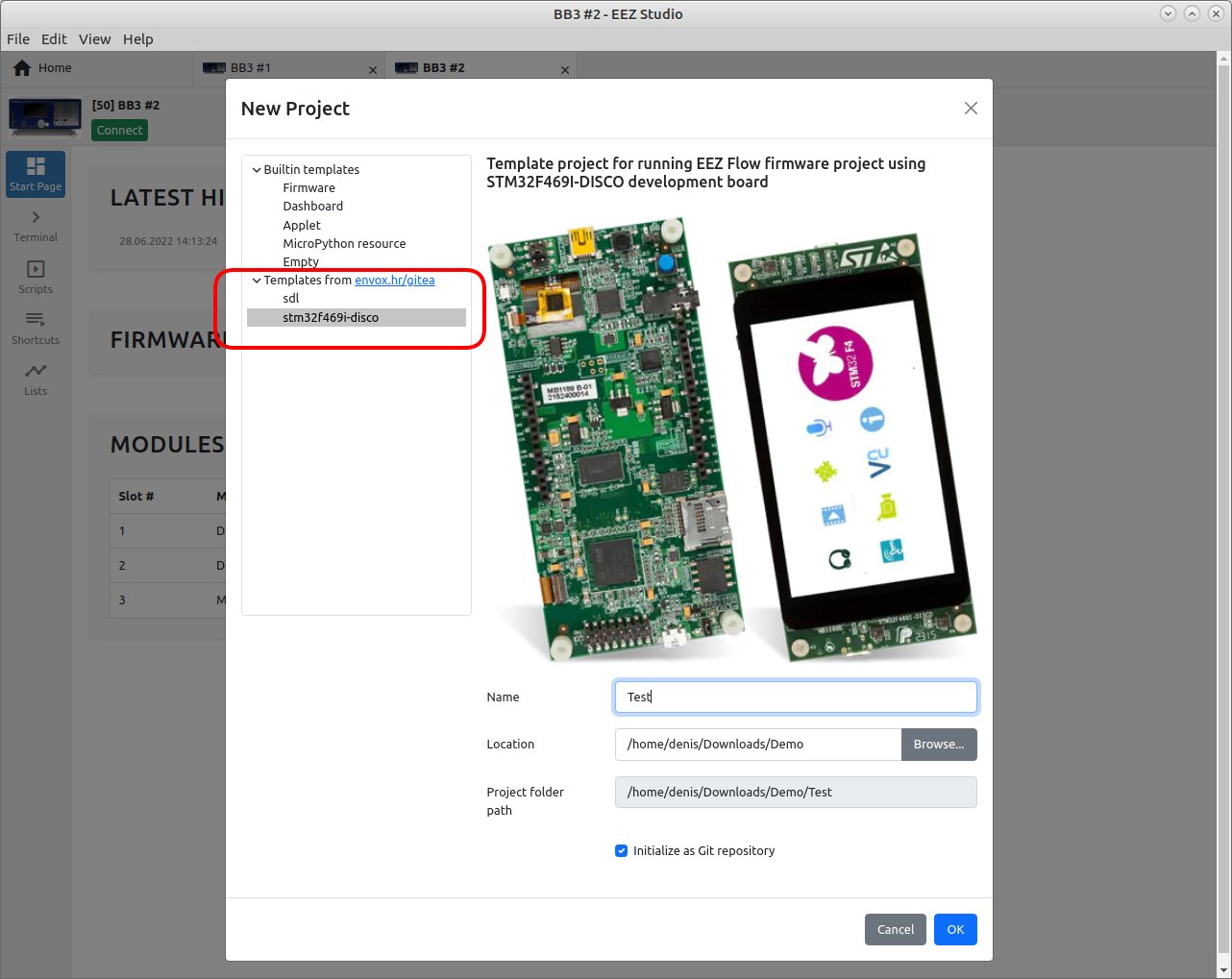 Fig. 2: Creation of a new project from a predefined template

The project template, in addition to the basic page, also contains a numeric keypad and a QUERTY keyboard, as well as a front panel that will be displayed if the simulator is built (i.e. a desktop application that does not require an evaluation board). 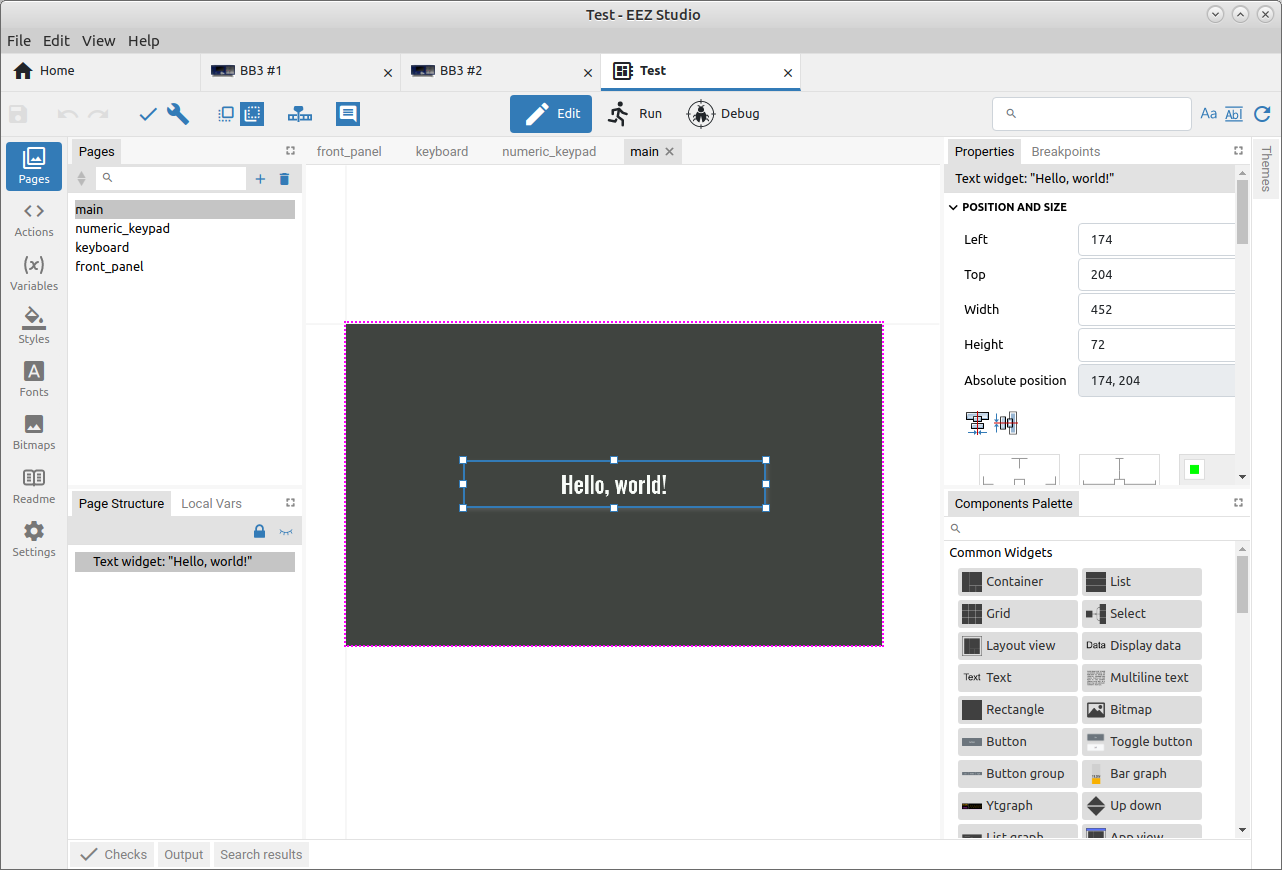 In Fig. 4 shows another project (stm32f469i-disco-eez-flow-demo) which is intended to be executed on the ST Discovery evaluation board, as shown in Fig. 5 to 7. 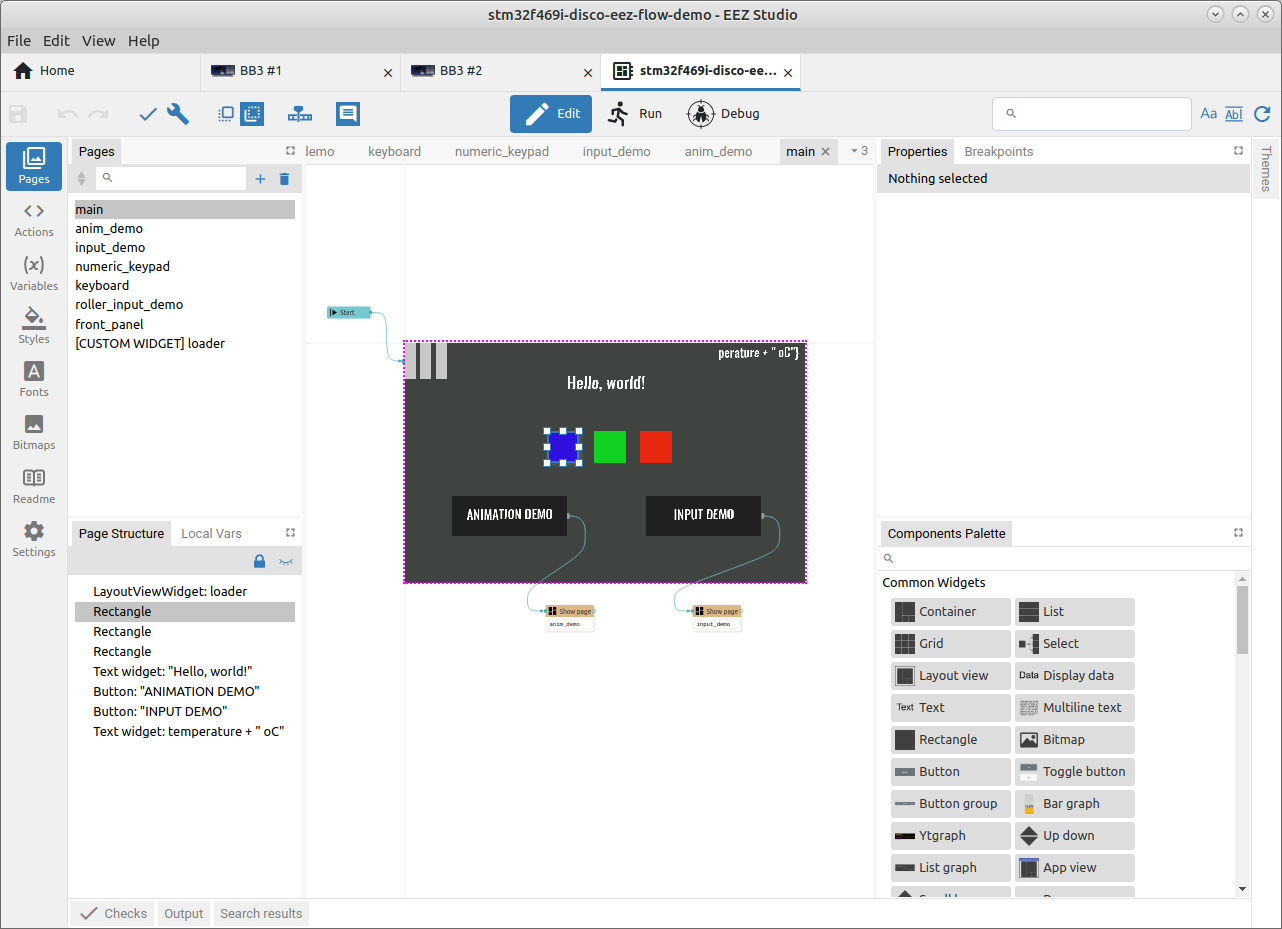 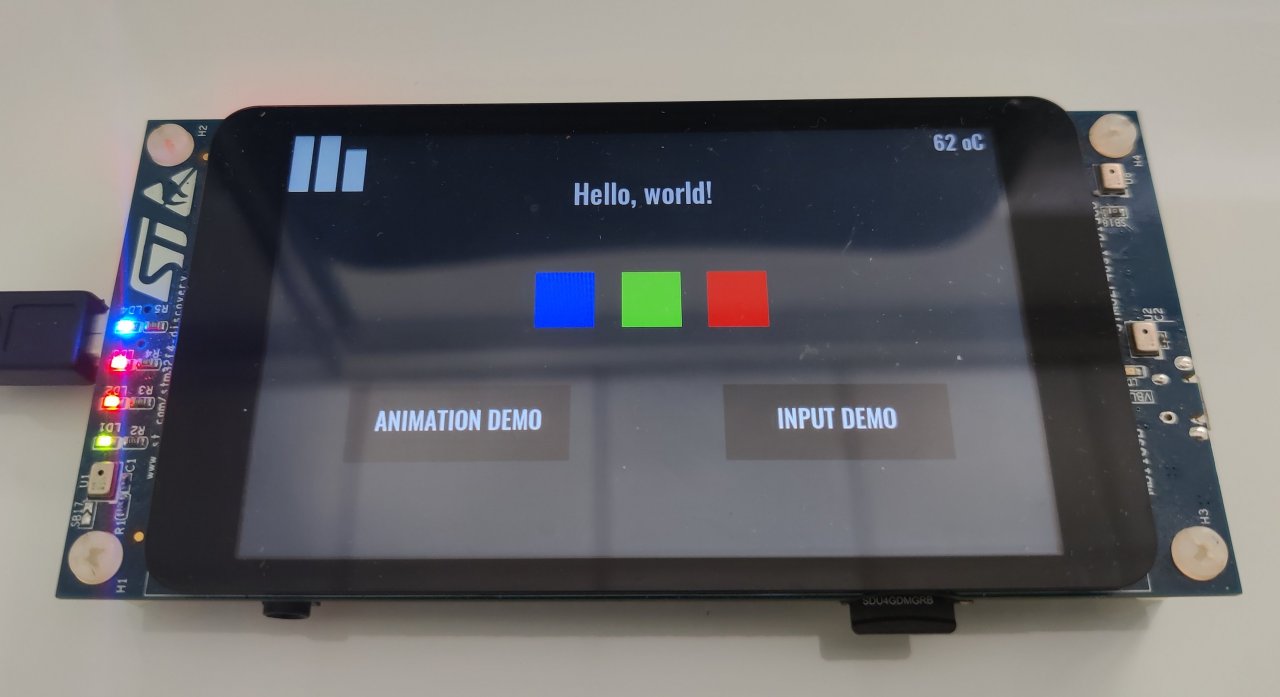 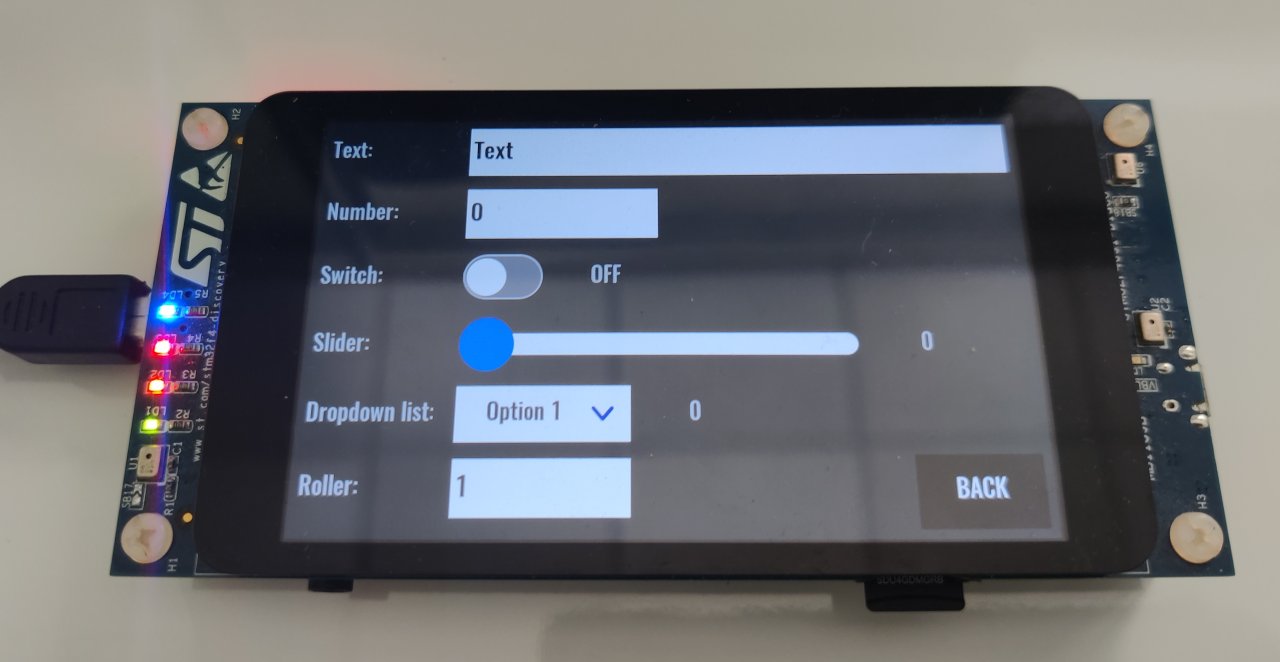 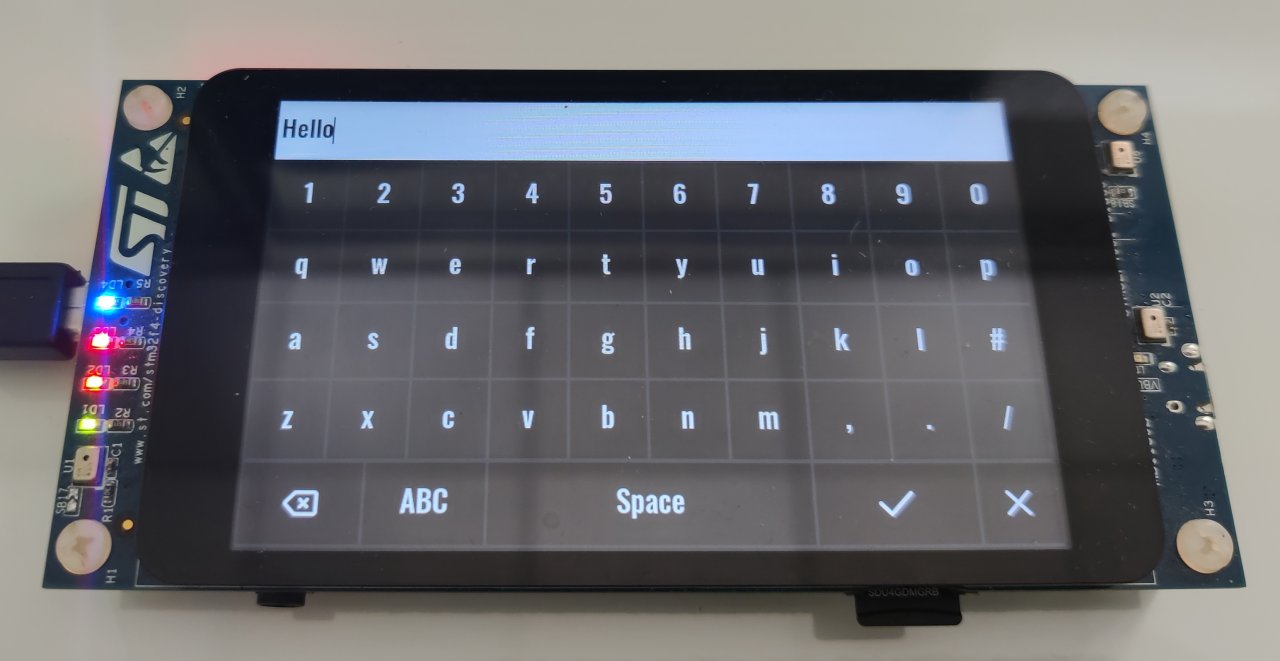 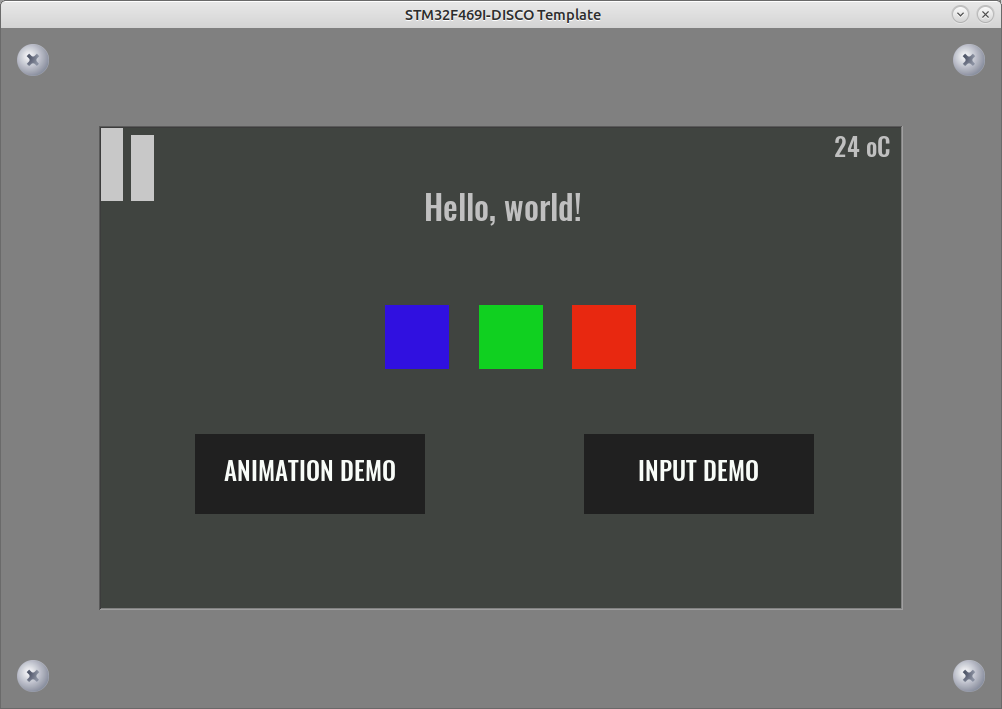 The development of EEZ Studio continues thanks to the NLnet donation. If you would like to support our work, please consider making a donation using one of the following methods: