T&M concept project is co-financed by the Croatian Agency for SMEs, Innovation and Investments (HAMAG-BICRO) from the Proof of Concept Program (PoC8)

FPGA technology should advance two aspects that the MCU cannot adequately respond to: realtime processing of large amounts of data, which often implies both parallelism in work and socalled software definition of hardware that allows modification of existing functionality or obtaining completely new functionality at the hardware level.

Instead of complementing the existing MCU with FPGA, we will try to remove MCU completely and synthesize MCU functionality on FPGA silicon using the f32c and FPGArduino open source projects. This will also allow flexibility in the choice of MCU architecture (MIPS or RISC-V).

The project also includes an innovative concept of sharing video content that can come from two sources: the f32c module, which will be in charge of the HMI (i.e. user interface); and the displayed real-time data measurements will come from an open source ScopeIO module that has the functionality of an oscilloscope and logic analyzer. Split displaying will also be attempted between two screens: the TFT touchscreen display which is an integral part of the EEZ BB3 chassis but also an external screen with HDMI input (for better visibility, for presentation purposes, etc.).

Using FPGAs from the Lattice ECP5 series with its attractive price, capabilities and the existence of an open source “toolchain” will further increase the attractiveness and competitiveness of the EEZ BB3 offering. Together with positive outcome of this project, it will simplify the further development of more sophisticated EEZ DIB T&M modules.

The project will be run in collaboration with the team behind the ULX3S project from radiona.org. 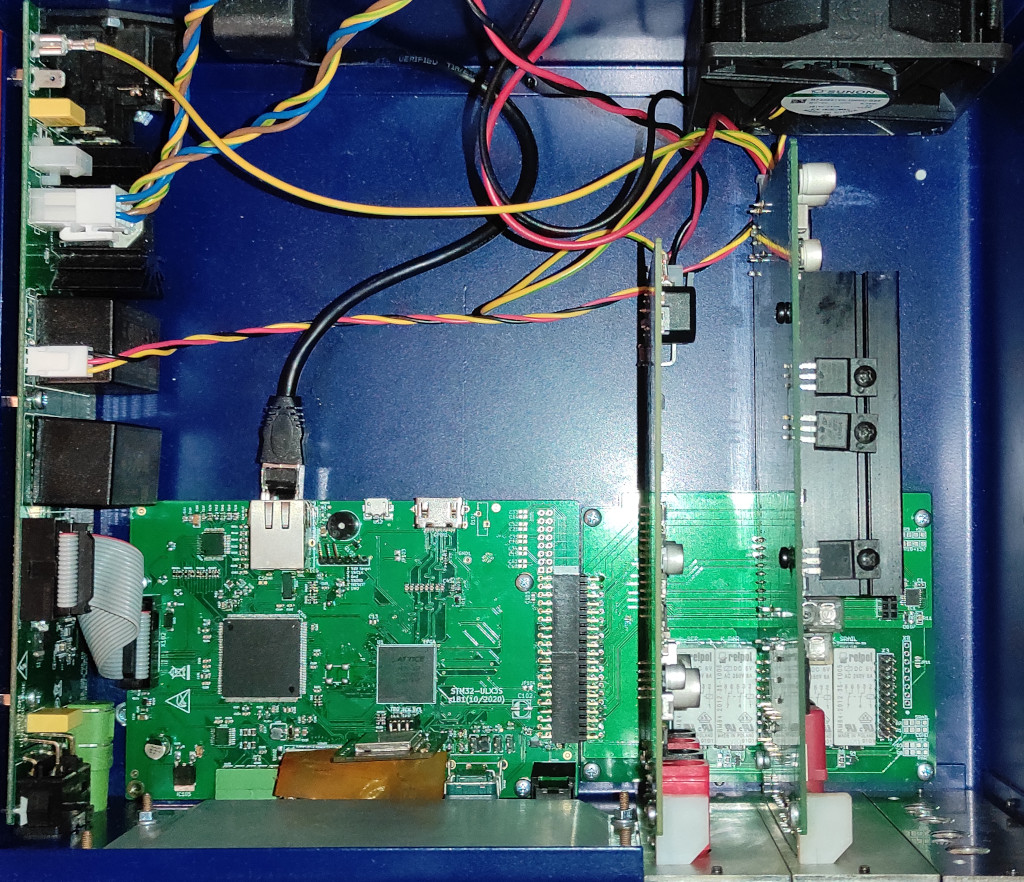 We use cookies on our website to give you the most relevant experience by remembering your preferences and repeat visits. By clicking “Accept”, you consent to the use of ALL the cookies. You can retrieve this message at any time by clicking "Manage consent" in the Home page footer to access "Cookie settings".
Cookie settingsRejectAccept
Manage consent

Performance cookies are used to understand and analyze the key performance indexes of the website which helps in delivering a better user experience for the visitors.

Analytical cookies are used to understand how visitors interact with the website. These cookies help provide information on metrics the number of visitors, bounce rate, traffic source, etc.

Advertisement cookies are used to provide visitors with relevant ads and marketing campaigns. These cookies track visitors across websites and collect information to provide customized ads.

Other uncategorized cookies are those that are being analyzed and have not been classified into a category as yet.

SAVE & ACCEPT
Powered by