ULX3S FPGA development board is designed and manufactured in Croatia as a result of cooperation between the Radiona.org makerspace, the Faculty of Electrical Engineering and Computing (FER), University of Zagreb and Končar-INEM. The ULX3S board was designed by Radiona’s member Davor Jadrijević in response to the need for a compact, robust and affordable development FPGA platform equipped with a balanced range of built-in additional components and expansion ports, while fully covering the needs of the “Digital Logic” course at FER. Following the successful Crowd Supply campaign, Intergalaktik d.o.o. took over the further production and distribution of ULX3S boards.

For ULX3S boards testing, there was a so-called "self-test" firmware that checked the functionality of sections such as ADC, DAC, switches, keypad, SDRAM, RTC, LEDs, SD card, Flash memory, etc. The test results were displayed on a connected monitor and via the serial port. However, the self-test was used only after the PCBA contractor delivered the finished ULX3S boards, so all subsequently found problems could not be corrected immediately in production, but defective boards had to be returned for repair, which slowed down the production cycle and made it more expensive.

The use of the self-test procedure in production is a problem because it requires advanced knowledge of the ULX3S board, as well as certain preparatory actions. Additionally, even if the production tester is adequately trained, the self-test command line interface leaves more room for human error which increases the chance that the boards will not be properly tested.

A simpler, GUI-based test procedure is preferred with storing all relevant data and test results in one place in order to speed up the whole process and reduce the possibility of error due to the human factor. 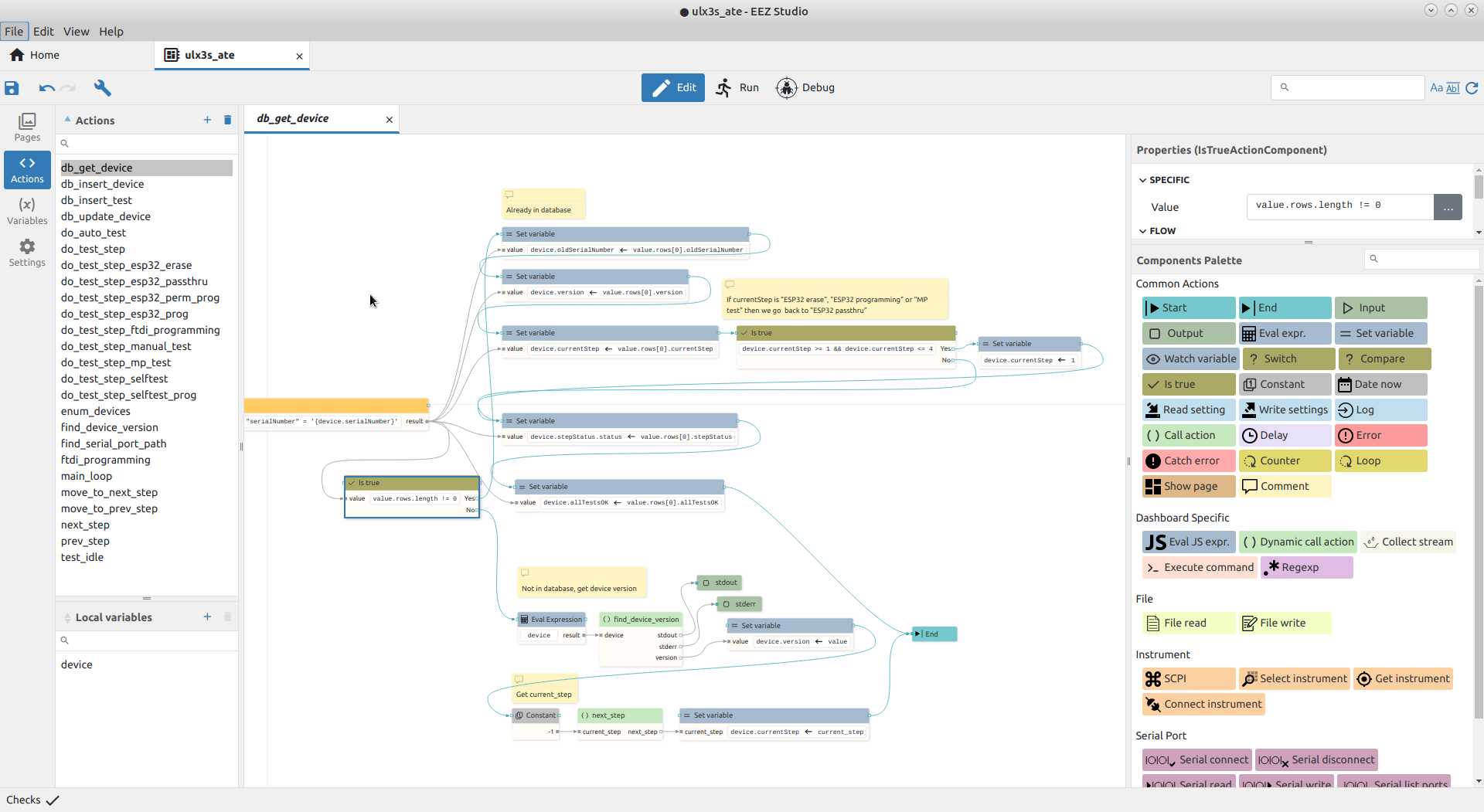 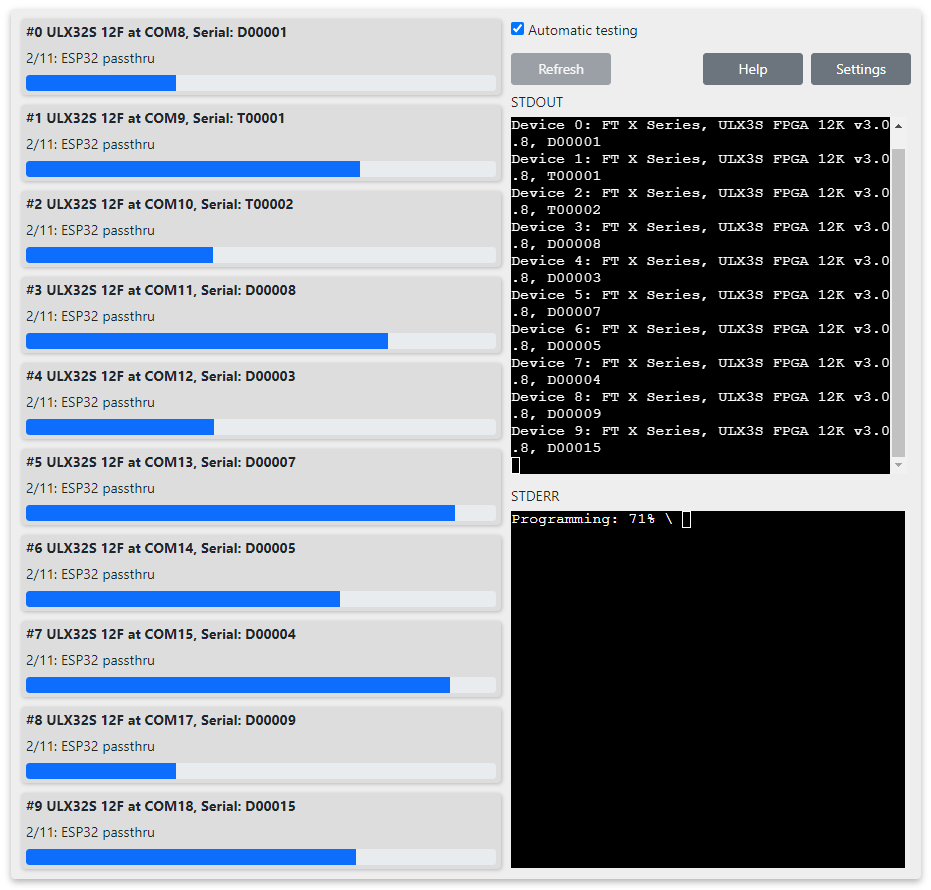 It is possible to test up to 10 boards simultaneously connected to a USB hub. The test procedure assigns a unique serial number to each ULX3S board, which is stored along with information about each test step in the PostgreSQL database for further analysis and debugging.

Furthermore, since manual interventions are required during the test (e.g. pressing all the buttons), the flow will also inform the tester when to do so. To better monitor the overall procedure, two text terminals (STDOUT and STDERR) have also been implemented.

The flow used for this project is 100% open source and is available on GitHub as well as EEZ Studio.

“The main advantages of using EEZ Studio is the simple way creation of an understandable GUI (i.e. dashboard) on the frontend side, and at the same time to create/debug easy to follow complete graphical flow on the backend” said Goran Mahovlić, CEO of Intergalaktik d.o.o. “By looking at a graphical representation of the flow, it is easier to get the whole picture of the test than by reading the script.”

“Another important advantage is that it is scalable, as from initial test case we can very easily extend the testing to get for example, speed grade sorting of products. Seamless integration with the database allowed us to store all test data and logs. Finally, it is completely open source so even adding functionality that are missing is also possible and feasible.” 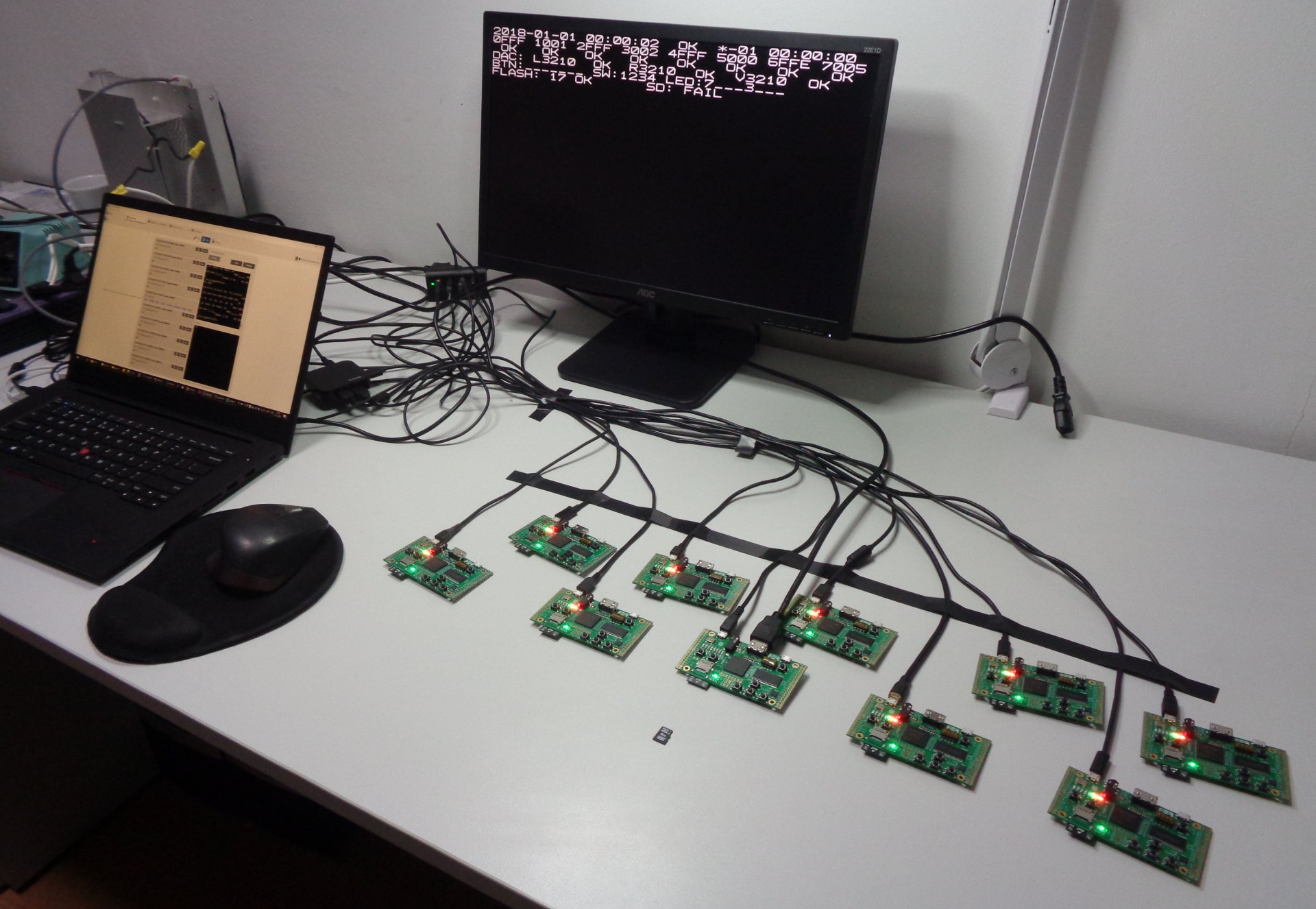